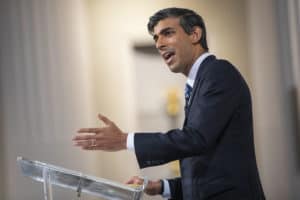 Chancellor of the exchequer, Rishi Sunak

The UK Treasury has published its capital markets review consultation that outlines its most detailed plans for sweeping changes to key MiFID II requirements in a post-Brexit world.

Under the government’s plans, MiFID II regulatory requirements for systematic internalisers (SIs), the share trading obligation (STO), dark trading restrictions and the tick size and transparency regimes will be overhauled.

Alongside changes to MiFID II, HM Treasury published several documents that outlined the UK’s approach to boost the finance industry post-Brexit. In a speech at Mansion House in London, chancellor of the exchequer, Rishi Sunak, said that as agreements with the EU on equivalence had not happened, the UK will now move forward with its own priorities.

“More open, more competitive, more technologically advanced, and more sustainable – that is our vision for financial services. The roadmap we are publishing today sets out a detailed plan for the next few years – and I look forward to delivering it, together,” Sunak added.

Under the proposed changes to Europe’s MiFID II, the UK government would allow multilateral trading facilities (MTFs) to execute transactions on a matched principal basis and dark pools to match orders at the mid-point within the best bid and offer of any UK or non-UK trading venue, rather than at the best bid and offer of the venue with ‘the most relevant market in terms of liquidity’ as defined under the requirements.

SIs would also be able to execute orders at the mid-point for all trades, including trades that are below large in scale (LIS), providing the executed price is within an SI’s quoted price. SIs became subject to the tick size regime last year, which proved controversial and restricted the venues’ ability to offer price improvements on orders below LIS.

Exchange groups have previously argued that SIs had an unfair advantage over lit venues in offering price improvement that would divert routing of client orders towards SIs instead of on-exchange venues. Major asset managers, including BlackRock, urged regulators to protect mid-point trading amid debate that the tick size regime would potentially be extended to SIs, periodic auctions and block trading venues.

The UK’s consultation added that amendments to the pre-trade transparency regime to encourage SIs to quote in more meaningful sizes would also contribute to price formation. SIs are currently required to publish quotes when they are quoting up to 10% SMS (standard market size) in liquid instruments.

As confirmed previously, the UK government will officially scrap the STO which requires investment firms to trade on a regulated market (RM), MTF, SI or equivalent overseas venues. The STO’s objective to increase lit trading activity has not been achieved, the consultation said, while the ability to execute at venues that offered the best price for investors had been limited.

The double volume caps (DVCs), which restrict the amount of dark trading that can take place on an instrument and market-wide level, will also be scrapped. The UK’s Financial Conduct Authority (FCA) will, however, monitor the level of dark trading and gain powers to suspend activity based on various metrics under the HM Treasury’s proposal.

Dark trading has been at the centre of the UK’s strategy to win back roughly €8 billion in trading volumes that left London-based venues in January 2021 for EU-based venues as the Brexit transition period came to an end. The UK has already slashed the threshold for LIS transactions for dark trading, in stark contrast to the EU which has limited dark trading, in an attempt to win back some of those volumes.

Citing a report from 2017, which suggested the DVCs were not suitable, the consultation said the DVCs are not an appropriate tool to protect price formation in UK markets. The FCA also highlighted in a separate report earlier this year that trading in dark pools can save execution costs for investors. Buy-side traders will welcome the decision to eradicate the DVCs. Following the EU’s review of MiFID II last year, a survey carried out by Rosenblatt Securities found that 75% of buy-side respondents supported the removal of the DVCs in their entirety.

For fixed income and derivatives, the UK government is looking to overhaul the pre- and post-trade transparency regime. Complex liquidity calculations, which determine whether trades should be made public in real-time, would be replaced with a qualitative and quantitive assessment.

Highlighting that the liquidity calculations are not effective, the consultation said that between 52% and 69% of the corporate bonds that were included in an analysis by the FCA that were determined as liquid under the MiFID II calculations, were in fact illiquid.

Elsewhere, the consultation explores options for a private sector established consolidated tape in fixed income. There is more urgency to develop a tape for fixed income data, the government said, as fixed income trading is less concentrated than equities and a larger share is executed OTC rather than on venues.

Plans for a consolidated tape in fixed income will also be welcomed by market participants, who have agreed that as there is still no tape in equities, it is a distant dream for fixed income. Some have argued that regulatory intervention is required if a tape is to be established as the task is deemed too costly to develop. The European Commission outlined plans to push for a tape in bond markets in January this year amid increasing pressure from the industry.

Market participants have been asked for feedback on all of the UK government’s proposed plans when the consultation opens on 2 July. Respondents have until 24 September to submit responses.