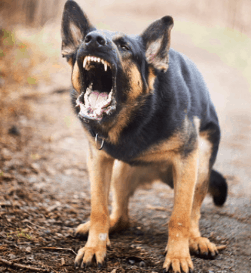 Firms are scrambling to improve the accuracy and cost efficiency of trade reporting for buy-side firms by offering up new solutions.
The reporting of derivatives trades has become a mandatory requirement across Europe under the European Market Infrastructure Regulation (EMIR), and the first year of the new rules has been wrought with challenges.
The complexity of meeting the reporting obligation has led regulators to overlook any discrepancies over the past 12 months. However, this grace period looks to be coming to an end.
Regulatory watchdogs are preparing to clamp down on those who are not reporting correctly and are improving data quality by forcing repositories to reject incorrect submissions.
Regulations such as Dodd-Frank in the US, MIFID, MiFIR and the Regulation on Wholesale Energy Market Integrity and Transparency, also require transaction reporting.
“The old days of sending transaction reports to the trade repositories and hoping they are accurate have gone,” said Chris Errington, chief executive officer at Gresham Computing.
“The regulators require accuracy and are starting to validate the information.”
Gresham Computing has come up with a transaction reporting service to verify and validate trades being reported to repositories comply with the requirements of regulations.
With low matching rates across trade repositories, the regulatory goal of increasing transparency in the financial markets appears to be some way off.
Along with the complexity of the process, the other major issue is the substantial cost of trade reporting. This includes the setting up costs and the on-going expenditure on compliance.
Firms have faced expenditure on IT, infrastructure, operations and support staff, and repository fees over the past year. The implementation of MiFID II and MiFIR are also set to inflict more costs on the market as they face a whole new wave of requirements.
Cian Ó Braonáin, the lead of Sapient Global Markets’ regulatory reporting practice, says that firms are now looking for ways to lower their total cost of ownership without compromising reporting quality or compliance.
“Do you have 10 technologists, four ops people, a couple of testers? By looking at it this way, it costs a lot of money.
“Even if it is just outsourcing the technology build, it means you get rid of most of those roles and suddenly your costs have dropped by two-thirds,” he said.
“You may have sunken a lot of costs into this already, but is there a smarter way to stay compliant over the next seven years.”

• This article was taken from the TradeTech Newspaper, published for the TradeTech Conference 2015 by The TRADE
Tagged: Pre & post trade reporting, regulation