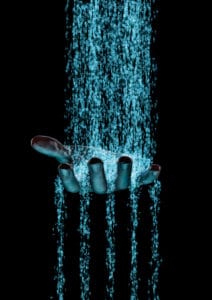 Electronic trading in European corporate bond markets essentially broke down at the peak of the market volatility, according to the findings of a recent study from the International Capital Markets Association (ICMA), which explored the impact of the coronavirus pandemic on fixed income markets.

The study found that traders were forced to revert back to voice trading during the period as the market became too volatile and illiquid for dealers and liquidity providers to risk offering prices across electronic platforms. Some banks even shut down their algo trading completely at the time, while others opted to continue auto-quoting prices.

Prices found on platforms were also unlikely to be executable, buy-side respondents told ICMA, and in some cases electronic request for quotes (RFQs) did not return quotes. As the volatility tightened its grip on markets during the crisis, bid offer spreads widened dramatically and banks providing principal liquidity began to retreat.

While the pandemic and lockdown sparked the market volatility which would cause electronic trading in bond markets to stumble, one head of trading for an asset manager based in Europe, who spoke to The TRADE on condition of anonymity, explained that the liquidity challenges are in fact inherent in fixed income trading.

“That is the nature of the market,” the buy-side head of trading says. “Fixed income markets in Europe are dominated by market makers and large banks, and essentially the liquidity is in their hands. The market participants pricing the business have to price it from their books, it’s kind of like trading with a risk desk.

“When we trade electronically we have many indicators but as markets get turbulent, bid offers widen significantly on the screens. It’s our role to then pick up the phone, not to give up on the electronic platform, but to check the pricing and see if we can get improvements on that price. That’s the nature of the trading business – all of us need to think more about picking up the phone and improving prices.”

ICMA’s study found that while many banks were able to continue providing liquidity and making markets, overall dealer capacity shrunk at the height of the volatility when it was most needed. Stricter capital rules and smaller balance sheets would have impacted dealer capacity, although ICMA also noted that internal bank policies aimed at reducing market making activities, and less experienced desks experiencing the surge in volatility could have played a part in the trend.

Speaking to The TRADE about the ICMA study, Mark Goodman, head of platforms at UBS and president of UBS MTF, says that it was reliance on a single method of generating liquidity in the market, mainly principal, that broke down at the height of the volatility.

“It was very difficult to operate in that environment, and the balance sheet restraints and risk limitations on banks means that if you were fully reliant on that source of liquidity, then it’s true you were probably not seeing firm prices on the electronic platforms,” Goodman says. “Instead, you needed to pick up the phone and speak with multiple dealers to get your trade done. It’s not that the technology didn’t work, we would argue that it’s actually you need more diversity in the market, rather than a simple client-to-dealer model.”

Goodman added that UBS saw 250 more firms dealing on the Bond Port trading platform since February, and buy-side participation soared 152% as traders sought to navigate the challenging liquidity landscape. In March and April, Bond Port was also top three in terms of volume executed in US dollar corporates.

“What we saw was clients looking for new ways to get their trades done, and that was clear in the numbers we saw on Bond Port. It wasn’t the case the buy-side was not able to find liquidity because algorithms and technology stopped working, the buy-side is not able to find liquidity period. That’s why traders are looking more to channels like Bond Port to get their trades done.

“Similar platforms and our own show what is important during these stress periods. It is not whether brokers have invested in algos, or whether algos work or not, it’s that brokers are, from a historical standpoint, relatively restricted on the balance sheet.”

ICMA’s report found that e-trading volumes reduced dramatically during the period compared to voice, but many bond trading venues reported record volumes at certain points during the crisis. At Liquidnet, average trading volume on its fixed income platform jumped by around 130% in March to April compared to January to February. During the same period, buy-side daily liquidity increased roughly 60%, and the number of daily buy-side blocks grew 25% to more than 650.

“During the higher market volatility conditions of March and April, we saw a spike in volume, liquidity, and number of blocks at Liquidnet,” says Constantinos Antoniades, global head of fixed income at Liquidnet. “As market conditions deteriorated and bid/offer spreads widened, finding natural liquidity from buy-side counterparties, anonymously, and inside the bid/offer spread became advantageous and resulted in large transaction cost savings and in many cases access to block liquidity not accessible elsewhere. Our customers were able to leverage our deep liquidity and network for their liquidity needs, at a time where they need such liquidity the most.”

Senior buy-siders agree that venues such as Liquidnet and MarketAxess proved significant in plugging the liquidity gap left by the banks. However, the buy-side European trading head adds that while the gap was noticeable, some investment banks held strong throughout the crisis and had strong interaction with the buy-side in terms of liquidity provision.

“MarketAxess and Liquidnet offer an alternative method of providing liquidity,” the trader says. “It was interesting to see we were able to trade RFQ with the broker of MarketAxess on the platform, MarketAxess Capital Ltd., because they represent anonymous liquidity from different buy-side traders.

“We actually traded more that way during the period. The anonymous trading enables all-to-all buy-side trading, which plugged the gap left by some of the large investment banks that were not quoting as competitively as they used to. We’ve seen some banks with less appetite for risk and quoting business, but others kept strong.”

Rick McVey, CEO of MarketAxess, told analysts on the firm’s first quarter 2020 earnings call that the Open Trading system, an all-to-all platform that allows buy- and sell-side firms to connect anonymously through a central network, saw a record 900 firms provide liquidity during the period, with a majority of 700 being asset managers. Open Trading average daily volume surged 53% year-on-year in the first three months of 2020 to a record $3.4 billion.

ICMA’s report also outlined the protocols that proved more popular with traders as it became more difficult to find three or more quotes, which is often required under internal best execution policies, including the all-to-all RFQ functionality, trading in dark pools and portfolio, or program, trading.

A separate report from Greenwich Associates stated that anecdotally, some investors have found portfolio trading a useful way to adjust their portfolios during the crisis, because they can mix bonds that are easier to trade with ones that are more difficult to execute.

Speaking to The TRADE in March, fixed income platform Tradeweb also revealed it had seen a steady increase in the number of clients adopting portfolio trading globally to increase certainty of execution on the whole basket. The number of daily line items executed via portfolio trading at Tradeweb surge more than 100% in March compared to the first two months of the year.

However, the research from Greenwich Associates suggests that despite advances in technology, portfolio trading remains a largely manual process, and a large portfolio trade could increase risks around mandatory buy-ins under the Central Securities Depository Regulation (CSDR) should a single trade fail. More than half of European buy-side traders respondents told Greenwich that the CSDR rules would harm liquidity in fixed income markets.

Multiple buy-side trade associations and industry groups have warned regulators of the potentially detrimental impact of the rules, particularly the mandatory buy-in regime for failed trades. Recently the UK confirmed it would not adopt CSDR, including the buy-in regime, but UK-based firms will still have to adhere to the buy-in regime for all European transactions that are settled with European central securities depositories.

ICMA has been outspoken about concerns with the buy-in regime under CSDR, urging regulators that the move will have a detrimental impact on bond liquidity. Its report also noted a spike in settlement fails at the peak of the volatility.

“When engaging with large portfolio trades in volatile markets, you must pick up the phone every time and check the pricing with the broker,” the buy-side trading head says. “It’s not sufficient to do that on a platform – you need to have a conversation and from that we may remove some lines that the broker has flagged as potentially failing. If I believe the price is higher than the historical bid offer I have in my transaction cost analysis (TCA), I might challenge the broker.

“That’s particularly interesting because when you do that, you mitigate the risk of settlement failure. I think portfolio trading can help the fixed income industry tackle the settlement issue. From my perspective, it’s a strong incentive to flag the line that could cause potential problems. There are large investment banks that decided in their pre-trade module to add columns that indicate the probability of settlement failure, whether that probability is high or low. That is really useful. It helps us fine-tune, change or amend the list that will finally be traded.”

Summarising ICMA’s report, Martin Scheck, ICMA chief executive, said the crisis has provided a clear reminder that despite increasing electronification of trading over the last few years, the role of market-makers in creating liquidity remains at the core of the secondary markets. Reducing the ability of market-makers to provide this will inevitably impact market liquidity and efficiency, especially in times of market stress.