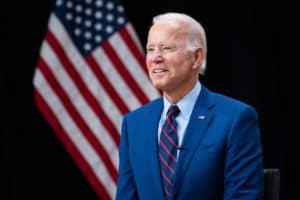 It has been a little over a year since President Joe Biden was inaugurated. While headlines during this time have focused on how his approach to climate change, foreign policy, and Covid differs from his predecessor, there is another area in which Biden’s administration has demonstrated a departure from prior strategy – namely financial regulation.

The previous administration seemingly took a more conservative stance when it came to regulatory intervention based on a belief that fewer restrictions create a more business-friendly landscape.

While supporters of these changes believe that fewer regulations will breed growth, opponents claim that it comes with increased risks.

Once President Biden was sworn in, there was much speculation that the new president would push an ambitious agenda across a range of different areas, looking to immediately rescind many of the executive orders issued by the Trump administration.  However, so far, the president has made few, if any, changes in relation to the Dodd-Frank rollback.

There have, however, been several other influential developments under the Biden administration, notably the appointment of Gary Gensler as Chair of the SEC in April 2021.

Under Gensler, a former investment banker at Goldman Sachs who was chairman of the Commodity Futures Trading Commission (CFTC) under Barack Obama, the SEC filed 7% more enforcement actions in 2021. Whilst this change does not imply a drastic shift in priorities, it could be a sign of policies beginning to revert to a time before Trump’s regulatory rollback.

The appointment had Wall Street firms bracing for stricter oversight as Gensler pledged to protect investors, facilitate capital formation, and promote fair, orderly, and efficient markets – promising that the SEC would “pursue misconduct wherever it is found including on issues such as record-keeping that don’t make headlines.” And this is certainly something we have seen already.

In December, the SEC brought one of its largest enforcement actions to date for record keeping breaches – fining JP Morgan $200m for “widespread and longstanding” failures to maintain and preserve written communications. The SEC found that the bank’s employees regularly communicated about securities business matters on their personal devices, using text messages, WhatsApp, and personal email accounts.

And now, it seems Gensler has his sights set on special purpose acquisition companies (SPACs) due to concerns over their ‘meteoric’ rise. In fact, the SEC, alongside the Financial Industry Regulatory Authority (FINRA), is currently investigating the SPAC that plans to take former President Trump’s nascent social media company public.

Gensler has also hinted that there will be new rules and regulations to come. He has called for more regulation around cryptocurrency exchanges, including those that solely trade bitcoin and are not currently required to register with the SEC.

As well as clamping down on financial institutions failing to meet their compliance obligations, President Biden’s administration has also strengthened the protection for whistle-blowers by signing an amended version of the bipartisan CFTC Fund Management Act.

The Act, which came into law in July 2021, protects a whistle-blower program that was introduced to reward individuals who help root out waste, fraud, and abuse. And the impact is already being felt. The SEC paid out a record $564 million to whistle-blowers in 2021 – more than it has paid out in the last 10 years combined. It has also taken enforcement action against employers for impeding whistle-blowers from reporting misconduct to the Commission.

The Biden administration is leaving its mark in financial regulations, but will it be able to continue to do so, and establish a legacy of regulatory reform? For the answer, it may be worth looking at Biden’s environmental track record. While he may have quickly reversed many of former President Trump’s executive orders on the environment, his recent failure to pass the Build Back Better budget suggests that Congress is a ‘major obstacle’ to his more significant and controversial ambitions, which, if the Republican Party takes either the House or Senate following the mid-term elections, will become more challenging.

However, for now, President Biden is expected to continue to push his stricter regulatory agenda, with the support of the SEC and its pro-regulation chair Gensler.  As evidenced by the JP Morgan fine, and the record whistle-blower pay-outs, this administration is serious about “pursuing misconduct wherever it is found” and no financial institution is too big or small to get caught. Therefore, in this increasingly complex and comprehensive financial regulatory landscape, where the consequences for non-compliance are higher than ever, financial institutions must, as ever, take regulatory compliance seriously.