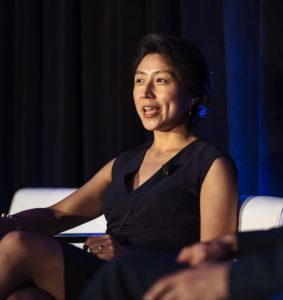 Various sell-side institutions have highlighted automation as one of the key drivers of evolution for the fixed income markets.

Levels of automation are undoubtedly on the rise across banks, brokers and trading venues as efficiency becomes one of the key operating watchwords to deliver better services to their buy-side clients, and ultimately to the benefit of the wider markets, according to speakers at this year’s Fixed Income Leaders Summit US.

Richard Schiffman, head of OpenTrading at MarketAxess, said that the firm has experienced a sustained period of investment in automation and that the effects of this will soon be felt.

“Right now, we are running about 10% of the trades that go through our platform in an automated fashion; we believe that within four years we will see 90% of trades under five million in size happening in a fully automated way,” said Schiffman.

“It’s basically like a Tesla autopilot-type function. There is no reason to pay attention to the small, routine trades that can easily be accomplished by defining parameters of the system and letting it execute those trades according to the rules.”

Reducing manual operations for lower-value trades is one of the key, and most well-recognised, value adds that automation can provide. However, Elisabeth Kirby, managing director, US rates strategy and product management at Tradeweb, highlighted that automation on its own will only go so far and that the trading platform provider is looking at a “holistic evolution” where “optionality is the key word.”

“We don’t necessarily see a linear evolution, for example, of people who used to trade RFQ and now they want to trade in a different way; the evolution is much more additive. We have built offerings to address all of the different ways that the fixed income markets might be evolving, specifically things like anonymous central mid order books, point-to-point streaming liquidity, the automated RFQ,” Kirby explained.

“These are all things that supplement the existing RFQ, so for clients who trade RFQ and more traditional liquidity providers, that is something we want to continue to support, but there may be something of a misconception that that is all Tradeweb does or that is all that the buy-side wants to do.”

Kirby also detailed that Tradeweb’s RFQ platform has evolved into a lower-touch, or even no-touch, system whereby around one-quarter of the tickets for US Treasuries that go over the platform are now automated.

Broker-dealers are also pushing automation at the core of their offering and Amy Hong, global head of market structure at Goldman Sachs, said that the institution has focused on improving workflow efficiencies, starting with straight-through processing (STP) to reduce the amount of the time its teams and clients spent booking trades manually.

“That has evolved into really interesting things, like auto-response, systematic price formation, systematic market-making, systematic risk management. Automation is something we are seeing across the entirety of the product spectrum,” Hong said.

Hong said that Goldman Sachs has adopted a particular focus on the price formation and market-making functions and described how the firm’s systematic market-making algorithm was able to perform in ways a human could not, although she clarify that there was room for both high- and low-touch means of market-making.

“As we continue to further mature and develop our market-making model, the combination of systematically synthesising market data along with the great human trader talent that have focused on managing risk and client service, is actually going to make for a much healthier marketplace from a liquidity, as well as a user experience, standpoint.”