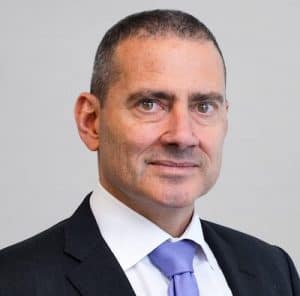 Hayley McDowell: What are some of the settlement challenges your buy-side clients are currently facing? And would you agree the buy-side is increasingly more active in managing settlement risk?

Alan Marquard: A key challenge for the buy-side is reducing costs. Part of that can be achieved through improving operational efficiency, but there is also a drive towards sophistication of understanding trade processes and quality of client service levels, as well as ensuring appropriate levels of risk mitigation and risk management. With that comes a need for greater visibility into every step of the trade lifecycle.

The buy-side is evidently more focused on managing settlement risk, and the reason we know that is two-fold. Until a couple of years ago, CLS dealt almost exclusively with its settlement members, but in the last couple of years we have proactively talked with the buy-side and heard first-hand the increased focus on settlement risk mitigation. Also, we have seen greater use of the CLSSettlement service. For example, over the past year, the average gross value settled by third-party participants has increased by 18%. In addition to the organic growth in activity in the FX market as a whole, we see the buy-side as a sector becoming more active.

To help with the need for greater visibility, we recently launched CLSTradeMonitor, which allows non-settlement members, or those without direct access to CLSSettlement, to see the matching and settlement status of their own trades. Previously they had to rely on an intermediary for this information. The buy-side now wants to understand their liquidity and settlement risk positions in real-time.

HM: What has been driving the increase in traded volumes seen at CLS so far this year?

AM: The key driver has been increased volatility in the FX market due to ongoing geopolitical themes. That uncertainty creates both speculation and hedging, and we’ve seen a lot of that taking place. Another factor has been monetary policy, which has caused a directional drive in currency trading, with the clearest example being the persistent strengthening of the US dollar throughout the year. I think these two factors have contributed to organic volume growth in CLSSettlement – traded volume is up 19% this year compared to the same period last year. With our focus on the buy-side, we also see a wider segment of the market settling in CLSSettlement, which has added to the increase in organic volume. I would say these two factors are the basis for the really good progress CLS has seen so far this year.

HM: How have your clients and the wider FX industry coped with MiFID II since it came into force on 3 January?

AM: I think FX market participants have coped with MiFID II to varying degrees. The results of the implementation of MiFID II will continue to be felt for a while, notwithstanding that it was introduced at the beginning of the year. And that’s across a range of aspects of the regulation, from best execution to research requirements alike.

Conversations with our clients have focused on where we can help, and the area of MiFID II most relevant for us has been data and reporting requirements for FX market participants. We used our unique position at the centre of the FX marketplace to look at how we could help market participants meet their new reporting requirements. This led to us launching CLSReporting – a service providing an end-of-day FX matched instructions report with a much more detailed view of overall FX trading activity across a number of fields. We’ve seen a really good uptake and will look to develop the service further.

HM: Would you describe the implementation of the FX Global Code of Conduct as a turning point for the FX industry? Is there more to be done in terms of development of the Global Code?

AM: I believe it was a turning point for the industry, a very timely one. It has given the FX industry an opportunity to effectively regulate itself and come up with appropriate standards and best practices. The FX Global Code was created with full input, debate and discussion from a broad range of market participants, with a consensus-driven approach, to find the right standards for the FX market. It’s also principles-based, which is preferable to the industry simply waiting for regulation to be implemented. The FX industry embracing that opportunity was, in my opinion, exactly the right thing to do.

At the same time, there is more to do. The work of the Global Foreign Exchange Committee continues because it wasn’t a delivery and then shut-down type of project. I think the Committee will continue to look at embedding and integrating the Code into the fabric of the FX market. There are more specific subjects and issues that will be addressed, but I don’t think any of them are as important as ensuring that the Code will be adhered to. It’s like any piece of regulation or standard; it’s about how seriously the market takes it and that’s why the adherence process is so important. To reflect this, we have created a public register for FX Global Code Statements of Commitment. Over 100 organizations (including banks, central banks, asset managers, and service providers) have registered with CLS. We feel that adherence is as important as writing the Code.

Has the Code worked and will it change the FX market for the better? That’s a wait-and-see answer, but I’m very positive about it. Buy-side adoption of the Code has reportedly been slightly slower, however this has varied depending on the size of the organisation and its capabilities in terms of certain aspects such as risk management. On the other hand, the sell-side has vast resources when it comes to regulatory compliance, and is much more homogenous compared to the buy-side. That said, it’s important to remember that the buy-side was absolutely represented in the Code process, stating strong opinions to ensure their views were taken into account. The Committee is looking to establish a working group specifically for buy-side outreach, to ensure their views can continue to be represented.

HM: CLS has been very active in the blockchain technology space so far this year. What are some of the developments with those projects?

AM: By far, our biggest focus on the distributed ledger technology (DLT) front has been the launch of CLSNet, a bilateral netting service that has been built on blockchain technology, in partnership with IBM. The launch of CLSNet is expected in the next few weeks, which is very exciting for us, particularly as it is considered to be one of the largest wholesale market applications of a post-trade service on DLT.

I believe that building a service on a DLT platform, taking it into production and then launching it in the financial market is a pioneering development. We have learnt a lot through the process of developing CLSNet. Working with new technology and running a proof-of-concept is all very well, but taking the steps to actually test and run a service that will be used in live production in the market takes a huge amount of rigour and work. We are very happy with the progress we have made with this initiative.

The other project we have been working on with IBM is a proof-of-concept called LedgerConnect, which is a platform for deploying third-party applications between vendors and users in the market. That has gone well and we are encouraged by the promising feedback we have received from the industry. However, it is important to emphasise that building a DLT use case is a relatively straight forward task compared to the lengthy process of establishing an enterprise-ready network that can provide standardised solutions to market participants. We expect it to take time before we decide whether to move to the next phase of this project. The priority for us is to take CLSNet forward and launch that into the marketplace. Finally, CLS recently made a strategic investment in the blockchain consortium R3. At the same time I became a member of the R3 Board, which has enabled CLS to take part in discussions around how DLT can be applied to a broad range of business use cases.

As part of these discussions we have stated that we do not believe DLT should be a ‘one network universe’ because the industry will not benefit from that kind of concentration. Nobody wants to turn this into a race between two or three implementations with only one survivor. Certainly the projects we are working on are at the top of the enterprise-level ladder for implementations of blockchain.

CLS’s investment in R3 is complementary to the services we already provide our clients. Further, our involvement will allow us to leverage our role as a trusted market infrastructure provider as we deliver further efficiencies and risk mitigation to a diverse range of firms operating in the FX market. We believe that R3 is a powerful consortium focused on the application of DLT to solve different business process problems, many of which are particularly relevant to CLS. We’re very much looking forward to continuing the discussions.