The TRADE > Blog > Whatever your workload, the cloud is coming for it 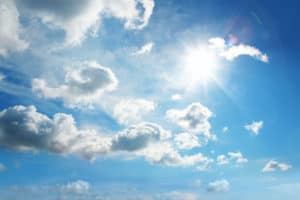 It wasn’t so many years ago that I inadvertently found myself obsessed by the race to zero (latency).

In the world of derivatives, market making and algorithmic trading, speed was everything and I took for granted the infrastructure that underpinned the markets of the world that were the electronic playgrounds of some of my algos.

Software optimisation, hardware optimisation and ever lower latency were the name of the game and I would never have imagined when I started in that arena in 2004 that the future might hold anything other than the colocation of physical servers in an exchange data centre. Virtualisation was the enemy, it slowed things down and was to be avoided at all costs. If money could be spent anywhere along the chain to gain a microsecond or 10, it was spent.

Fast forward 16 years, and the world looks very different. Today I work for Aquis Exchange, we run several regulated markets and also license probably one of the fastest matching engines in the world to other markets. Speed is still the watchword of our industry but the times, they are a changin’ and the cloud is a future that the industry is running towards whether it likes it or not.

Aquis recently ran a proof of concept with Singapore Exchange (SGX) and Amazon Web Services (AWS) to prove that the cloud is capable of running a matching engine in a manner consistent with the requirements of the world’s most liquid and highly regulated markets. Something, which just last year, would have been unthinkable for one crucial reason.

Unsurprisingly, the major cloud providers (Amazon, Microsoft and Google) have been slow to embrace multicast. In terms of workloads they’re looking for, it’s absolutely not a low hanging fruit. In addition, from a financial services perspective, multicast generally comes with low latency workloads and from an exchange and trading perspective the race to zero is still very much alive, although it is being challenged by the likes of IEX and the speed bump model. Multicast is also a critical requirement to mid-sized+ exchanges, which need to ensure a level playing field in the dissemination of market data to guarantee that everyone that receives data does so quickly and at the same time.

A non-multicast solution for market data would leave exchanges to replicate the same piece of data going out on hundreds of individual connections and sending them to each connection one at a time. Inevitably, the last institution to receive the data would be at a significant disadvantage to the first, which is simply not compatible with overarching requirement exchanges have of operating fair and orderly markets with a level playing field.

At the end of 2019, the cloud world exploded open to exchanges and other multicast workloads when AWS announced that it was launching the ability to use multicast in the cloud via their Transit Gateway product and the work on our proof of concept with SGX and AWS began.

Today, Aquis is proud to be at the forefront of utilising the cloud for matching engines, FIX and binary trading protocols along with multicast market data. Having proven the cloud can be technically consistent to the level that regulated markets need and as we see more financial services workloads come to the cloud, such as recently announced by Deutsche Autobahn, it is clear that the technological barriers to cloud adoption crumbling – even if certain players have not woken up to this fact yet.

Are there still questions around the adoption of cloud-based infrastructure by regulated markets? Absolutely. However, in a year marked by major exchange failures around the world, the industry cannot afford to ignore the possible boost to resilience that the cloud can provide.