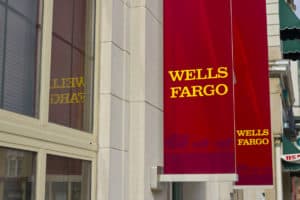 The chief executive officer of BNY Mellon, Charles Scharf, has departed the investment bank after being named the new CEO of Wells Fargo.

Wells Fargo said in a statement that Scharf has been appointed CEO and president following a six-month search period, and he will begin his new role on 21 October. BNY Mellon also confirmed Scharf’s departure, stating he had informed the board of his intentions to step down as chief executive.

“I am honoured and energised by the opportunity to assume leadership of this great institution, which is important to our financial system and in the midst of fundamental change. I have deep respect for all the work that has taken place to transform Wells Fargo, and I look forward to working closely with the board, members of the management team, and team members,” Scharf commented.

BNY Mellon veteran and CEO of clearing, markets and client management, Thomas Gibbons, has been appointed interim CEO effective immediately. Gibbons has previously served as CFO at BNY Mellon for nine years, and prior to that, spent a decade as chief risk officer for the institution.

“I firmly believe that our long-term strategy will continue to position the company as a leader. While we have made significant progress in the last few years, we must continue to drive improved performance and innovation across the company… As always, we will put our clients first, remain a strong and trusted partner, enhance our diverse and inclusive culture, and define BNY Mellon as the employer of choice,” Gibbons said.