The TRADE > News > Post-Trade > By failing to prepare, you are preparing to fail 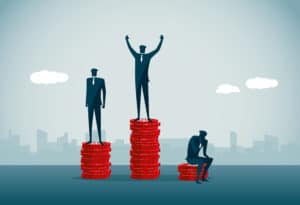 Some trades fail to settle on time, that’s just the way it is. Or at least the way it was. Europe’s capital markets watchdog is now intent on fixing this back-office process, with the effects reverberating all the way through to traders in the front-office. What was once very much an issue for someone else has now landed on the trading desk.

In short, the Settlement Discipline Regime (SDR) will inflict financial penalties on failed trades, while also requiring mandatory buy-ins. Buy-ins, which are presently used with discretion as they can create unpredictable costs, will be used by market participants to manage settlement risk in the case of failed trades, as the buyer goes to market to source the assets from another party.

Initiating a buy-in against a failing counterparty will become a legal obligation under the regulation from February 2022, with limited flexibility on timing to complete the process. The payment of the difference between the buy-in price or cash compensation must also be made by the failing trading entity.

The buy-in process is controversial, to say the least, with many opining that it will impact market liquidity among other unintended consequences. The aspect of SDR is so unpopular that the UK has decided not to implement the practice in its new start outside of the European Union. A mixture of the financial penalties along with the burden of buy-ins is what is set to hit the front-office as well as the back.

Matt Johnson, associate director and ITP product management at the DTCC, explains that if the front-office is suddenly factoring settlement into their actions, it will influence how they factor it into pricing, commission rates, who they trade with and who they don’t.

“In some scenarios, it is totally feasible, that it is in their best interest to fail the transaction because it is cheaper for them than to buy the stock in to cover that position. Those conversations I guarantee are probably happening now, and probably have happened for the last couple of months. Definitely within the banks and I would argue also in the investment management space on the buy-side.”

Johnson had previously explained that for a cash vanilla equity, you are looking at a 1bps per day fail penalty, which doesn’t sound huge. However, after some very basic mathematics, the DTCC saw that the average commission rates across Europe went from about 5.8 bps as a high to 0.7 bps as a low, so take a medium and say the average commission is 2.5 bps per transaction. That trade only has to fail for two days and the front-office salesperson has had their commission wiped out.

On the front-office radar

“As soon as it’s on the front-office radar, they are understanding the cost implications and the fact it’s falling at their feet,” he adds. “The middle- and back-office space, operations, whatever you want to call it, is basically a cost centre.

“That’s one place where it’s very easy to lose money and those cost centres have always been segregated in one way or another. What we are seeing now is the introduction of buy-ins which will cost firms money, and they will lose money if they have poor or unautomated post-trade processes. The front-office don’t like to lose money.”

Johnson adds that it is a behavioural issue that needs addressing, and the necessity of asking “why has this trade failed?” in order to know. This could, he believes, change now the front-office is set to feel the pain of the fails.

“Anything that impacts the front-office gets people to wake up, and margins are fairly thin anyway; this is why SDR is massively unpopular, because people don’t really want to fix these problems,” says Virginie O’Shea, founder of research firm Firebrand. “They don’t know what the cost of their failure is, they might know their rates, but they don’t have the visibility of what it costs, it’s more just people’s time. Lending out assets and not getting them back in time to do what they want to do.

“ESMA is talking about this in public settings so they obviously do want to change it. They focus so much on the front-office side of things and haven’t really focused much on middle- and back-office. So, I do think SDR is a good thing, though I’m not sure about mandatory buy-ins, because there are issues there around market practices. Instead of those buy-ins maybe you should just have a harsher penalty regime. But people aren’t going to change their behaviour without regulation – that much has become clear.”

Settlement fails were previously a cost measured in time and often regarded as a minor inconvenience for the back-office team, but this will now have more far-reaching financial ramifications, eating into already thin margins. As pressure to manage execution costs has also increased for buy-side trading desks, senior traders now place greater importance on counterparty settlement risk.

“Perhaps we didn’t need to worry about it too much previously, but certainly over the summer months this year settlement risk has been a real focus,” says Kirstie MacGillivray, head of multi-asset dealing at Aegon Asset Management. “We are starting to really look at that in terms of avoiding counterparties where we have previously had settlement issues. That was always seen as an operational problem, but now it has become part of the costs of trading. If you’re going to a counterparty and there’s risk of settlement, you have increased your costs of trading.”

However, if – through standards, automation, insight, data and increased efficiencies – we can address this small percentage of fails, then a blueprint could be created for markets globally, solving an expensive issue for the markets.

“Settlements is a big issue because it’s a $20 billion spend for the industry,” says Alan Cameron, head of financial institutions & corporates (FI&C) client line advisory at BNP Paribas Securities Services. “We’ve made it more efficient over my working lifetime, in fact, its incomparable what happens today compared with 10 or 20 years ago. But there’s still this great demand to improve the cost of the industry and to do that you have to look at efficiency.”

Europe’s SDR was born out of the widespread reforms from 2008. If, however, settlement fails weren’t on the regulator’s agenda due to the financial crisis, they might well be following the months where COVID-19 began spreading throughout the world and the financial markets. Settlement fails spiked in March and April, not just in volumes, but in percentage terms. Failures in equities and government bonds – tracked by the European Securities and Markets Association (ESMA) – doubled to 12% and 6% respectively in March, caused by operational rather than liquidity issues.

In addition, data from the International Capital Markets Association (ICMA), showed that some banks reported average daily settlement fails in the European repo market increased by a factor of four or five times their normal rate in April.

These statistics thrust settlement fails back into the spotlight, with details of the industry response to this difficult period also then springing up. A report from the Financial Times revealed over 270 Wall Street trading staff were forced to work weekends to clean up the paperwork on these failed trades on 28 March and 25 April, co-ordinated by US trade body SIFMA.

The article also said, had the backlog not been cleared, banks would have been left with risks they had not accounted for, making it even harder for them to complete clients’ trade instructions and potentially worsening already chaotic trading conditions.

On the regulator’s radar

“The clear indicator from the TRV (trends, risks and vulnerabilities) report is that ESMA is quite worried about the level of settlement fails and they really would like the industry to address these inefficiencies,” says O’Shea. “Those inefficiencies aren’t just in the back-office they are also in the middle-office, there are a lot of problems where you have people reconciling confirmations and affirmations still in the broker-to-broker and broker-to-client space.”

This frantic period has to be viewed in the context of the impending SDR regulation and its impact on the whole process.

“There hasn’t been an overarching need to catch all the fails and this is where CSDR kick-starts the industry and I don’t think that’s just an operational perspective, it’s from top to bottom from traders through to the settlement teams,” says Emma Johnson, director, market advocacy, corporate bank securities services at Deutsche Bank.

“What we did see with the outbreak and the fail spike, was the exposure of the vulnerability of the industry, and this would have been exacerbated if SDR was live and I think there would be some very grave costs floating around the industry, which we don’t want to see; it’s a barrier to investors and transacting in these markets.”

Identifying weak points within internal processes is something which is essential as a first step in preparing for SDR and tackling settlement fails. The DTCC states the three main reasons for fails as being inaccurate or incomplete standing settlement instructions (SSIs), the securities have been sold but the party does not deliver them, and the trade is not known or matched by the counterparty.

Once analysed and there is an insight into weak areas, this is where automation comes in and improves data and risk management. Calls for widespread settlement automation date back years, but this simply hasn’t been seen as an area of focus for many firms, particularly in the regulation-heavy period following the financial crisis, where other processes took precedence. With SDR on the horizon, however, the removal of manual and even semi-automation around settlement is needed to avoid increased costs, inefficient processes and risk.

“The only way to significantly handle those volumes and get to settlement finality every time is through automation; that is a fact,” says Matt Johnson, associate director, ITP product management at the DTCC. “We’ve been in this space for the last two decades and have been providing tools to help people mitigate settlement risk. Everyone knows we need to automate but not everyone does it even though the tools are out there.

So, who is taking the lead on solving these problems? You have the large market infrastructures which may have been previously deemed too expensive with fees seldom dropping, central repositories and technology-led solutions coming to market, such as Deutsche Bank’s new service providing early warnings to traders around settlement delays and potential failures in securities transactions.

The new service is powered by Elastic, a search technology firm, where the bank will use its machine learning and anomaly detection features to enable clients to avoid hefty financial penalties under the upcoming implementation of SDR.

“You can look at the settlement rate and say it’s a pretty solid number, but it doesn’t change the fact that a lot of the effort and the time is from that couple of percent outlier and all that manual effort is drawn from that small percent,” says Christopher Daniels, director, data products, securities services at Deutsche Bank.

“Almost exactly a year ago we ran our first project on settlement failure using machine learning. We got up to a good confidence level on that, above 95% on the ability to predict settlement failure. The thing that is interesting is making it actionable. From the point of view of looking into it, without getting into the technicalities, you are basically scoring features within that transaction, which you know are indicators of the likely issue in settlement. You can do that at a population level, but, when you want to come to actioning it, you want to do that with a particular client.

“We got some early wins by understanding the space and predicting it, but what we’re focusing on now with Elastic, bringing it in real-time, is tuning. That’s where the effort lies, with anything around machine learning, you need to tune the model you use to get results in the space you operate in.”