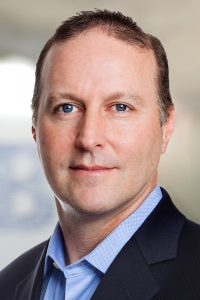 Exchange operator Cboe has confirmed that its chief operating officer, Chris Concannon, will leave the company on 14 January to take on the same role at bond trading platform provider, MarketAxess

Concannon will take on the role of president and chief operating officer as of 22 January, MarketAxess confirmed in a statement, overseeing the day-to-day operations of the business, corporate development, long-term technology strategies, and global data strategy.

He joined Cboe following its acquisition of Bats Global Markets in 2017 where he was formerly chief executive. As CEO of Bats, Concannon led the firm’s initial public offering in 2016 and its acquisition by Cboe the following year.

“Chris brings a record of thoughtful, successful leadership in key elements of our expanding growth strategy,” Rick McVey, CEO of MarketAxess, commented. “His experience in the global exchange industry, automated trading, foreign exchange and the ETF market will be highly valuable as we drive further expansion of Open Trading, build on our strong presence in international markets, and continue to deliver innovative technology solutions to the market.”

Concannon is considered to be an industry veteran, having also worked as an executive at other major financial institutions throughout his 20 year career, including Nasdaq, Virtu Financial and Instinet. He commented that joining MarketAxess is a great opportunity to work for a company leading the way in electronic trading in global credit markets.

“Having been an active participant in the transformational changes of other asset classes, I’m looking forward to joining Rick and his team as MarketAxess continues to digitise the credit markets and build on its record of innovation and growth,” said Concannon.

Cboe’s current chief information officer and executive vice president, Chris Isaacson, will take on Concannon’s role as chief operating officer following the latter’s departure later this month. Isaacson also joined Cboe after its acquisition of Bats in 2017, having held various senior positions across the company as a founding member.

Isaacson will run the day-to-day operations of Cboe and assume oversight of the risk/information security teams, while continuing to lead the trade desk, infrastructure, data and analytics, and FX technology and operations, which he led previously as operating chief, Cboe added.

“The role of COO is a natural progression for Chris Isaacson, given his track record of success with the company and the importance we place on leading-edge technology and relentless execution,” Ed Tilly, CEO of Cboe Global Markets, said. “He is widely regarded as one of the top technology and operations professionals in the industry and is uniquely qualified to lead our daily operations during this next phase of our growth.”

Cboe has also appointed Eric Crampton, who also joined Cboe through its acquisition of Bats, as chief technology officer in a newly created position. He will lead global software engineering, quality assurance and project management in the role, reporting to Isaacson.

« Request for quote in equities: Under the hood