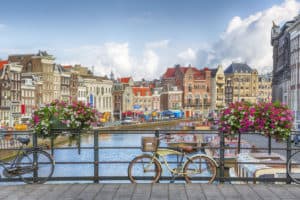 CME Group has been handed regulatory approval by authorities in the Netherlands to establish a legal entity in Amsterdam ahead of Brexit.

The US exchange operator is the latest institution to have officially received approval to operate out of Amsterdam by the Dutch Minister of Finance. The move means that CME Group’s BrokerTec and EBS trading venues, alongside its reporting services, will remain accessible to European clients regardless of the outcome of Brexit later this month.

CME Group will also transition its CME Regulatory Reporting approved publication arrangement (APA) and approved reporting mechanism (ARM) trade and transaction reporting businesses to the Amsterdam entity for European clients. All other EBS businesses, including the BrokerTec UK Gilt and Gilt repo segments, will continue to operate in the UK without change.

In recent weeks there has been a flurry of regulatory approvals from authorities in Amsterdam, as well as Paris, to allow major institutions to set up legal entities outside of the UK as the industry prepares for the UK’s imminent departure from the European Union.

Bloomberg, Tradeweb and MarketAxess have also opted to establish alternative European venues in Amsterdam. The new venues will ensure that firms can continue to service clients and provide liquidity in the UK and Europe post-Brexit.