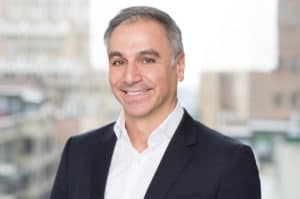 The electronification of the fixed income markets is nothing new. This process has been at work for years, as new entrants and technologies come to the fore, some aiming to replicate the equities model. But is this making liquidity easier to source and access for fixed income traders?

Technology providers are striving to introduce new solutions and platforms for fixed income trading that will address fragmented liquidity pools and keep pace with market structure changes. It’s easier said than done and the path to liquidity is littered with vendors that have been unsuccessful in such ventures.

“Liquidity formation in the corporate bond markets is unrecognisable compared to even a few years ago,” says Constantinos Antoniades, global head of fixed income at Liquidnet, who states that proliferation of new technologies in this space has created more opportunities for efficiencies between bond buyers and sellers.

“The new market structure consists of three pillars – bilateral dealer-to-client voice interaction, dealer-to-client RFQ, and the newer all-to-all and dark protocols – have brought down barriers to entry. This, in turn, has led to democratisation of liquidity, and at the same time, capacity for further differentiation in execution.”

One such provider of the all-to-all platform is MarketAxess, which allows buy- and sell-side firms to connect anonymously through a central network to improve liquidity and reduce transaction costs through its Open Trading platform.

MarketAxess’ head of European product management, Gareth Coltman, says that Open Trading has created a “unique liquidity pool” for all types of fixed income market participants and the trading figures suggest that the industry has embraced this new model. Open Trading set a new monthly trading record of $45.5 billion in January this year, while overall trading volumes at MarketAxess also set a new record of $176.5 billion in the first month of 2019.

“Now we are moving beyond traditional RFQ-based models to look at alternatives, such as live order books,” says Coltman. “In May, we announced the upcoming launch of LiveMarkets, a live order book trading model for the institutional fixed income markets – creating a real-time single view of two-way, actionable prices for the most active bonds, including newly issued debt, benchmark issues and news-driven securities.”

The increased number of technology vendors in the fixed income space has led to a far more competitive ecosystem than market participants have ever operated within before, in terms of innovation, resilience and diversity – or, as Antoniades refers to it, a “primordial soup” created by technology – that is facilitating the development and delivery of new business models as new liquidity options become available.

“Electronic dark, latent, substitute and reactive liquidity are increasingly filling the markets’ needs and gaps”, he explains, pointing out that this new “more complex and ‘less visible’” ecosystem is creating more opportunities for differentiation and alpha generation for buy-side participants.

“As a result, two nearly identical asset managers can achieve very different execution results for the same order and a very different feedback loop for the investment process.”

One of the key factors that has allowed new entrants and existing vendors to step up their game has been a shift in buy-side attitudes towards the adoption of fixed income technologies and data. Where firms may have historically relied more heavily on voice trading, the emergence of new technologies have created new opportunities for traders. 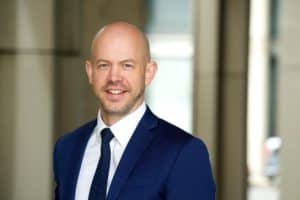 “Often understated in this equation is the trading management and the structure of the desk, especially around the ability to empower the buy-side trader to become a larger part of the investment process,” says Liquidnet’s Antoniades.

“Buy-side traders are in the front line of market intelligence and can arm their firms with an incredible combination of acumen and liquidity and pricing data, all of which can play a big role in investment decisions and performance of the fund.”

However, there are definitive obstacles to achieving this harmony between the buy-side desk and newer technologies, particularly at smaller firms that have to take a more stringent approach to their technology investments. The issues presented by legacy technology are often highlighted as major hurdles to improving trading desk infrastructures, while there are some firms that still possess a trader-portfolio manager model that has been left behind by continuous evolution to the market structure.

“Paradoxically, the conversation around the ability of the modern trading desk to leverage technology does not start with the technology itself, but rather with behaviour change by trading management and traders alike.”

Algomi’s Eaton says that buy-side traders are displaying a much greater openness to tools that can improve trading outcomes, a definitive change from historic attitudes that such technologies could not facilitate alpha generation.

“This is now an accepted basis for moving forward,” he says. Efficiency is one of the key drivers for this change of heart, alongside the ever-present need for reduced costs regardless of market conditions, and this can materialise in better decision making both pre- and post-trade, and by automating smaller-sized trades on the more liquid end of the fixed income spectrum.

The increase in automation technologies has also facilitated a shift in the way buy-side firms and traders approach the fixed income markets. As MarketAxess’ Coltman points out, as asset managers see their peers and competitors embracing automation, reducing their reliance on human relationships and cutting down manual errors, they are more likely to follow a similar path.

The surge in automation adoption has also been propelled by the emergence of new liquidity provision sources, such as asset managers, hedge funds and exchange-traded funds, while there has also been a significant increase in algorithmic trading.

“Traditional providers are trying to evolve and automate more of their processes,” says Eaton. “An example of this is the increased number of sell-side firms that have automated the pricing of their odd-lot desks. Algorithmic trading is at the forefront of these efforts.

“New entrants are looking to use technology to create workflow efficiencies and create tools to facilitate greater moves to automation, thereby freeing up time for execution desks –and other participants – to focus on tasks that are more value-added.”

One of the key drivers for this surge in automation and algo usage has been data, both in terms of a cost efficiency and cost growth perspective. However, the increasing volume and complexity of data is throwing up a number of obstacles for firms seeking to leverage new information to enhance trading processes and outcomes within fixed income markets.

While there have been significant efforts to bring equity-like technologies to the fixed income markets, the nature of the assets involved and the available data means that replicating an equities roadmap becomes that much harder.

“Sourcing data is a big issue for clients, as they only have their own data to start with but need to source information to get a market-wide view,” says Coltman. “Extracting valuable and actionable insights from the sheer quantity of market data is a huge challenge. There are thousands of data providers out there – from counterparties to third-party pricing vendors – and clients need to capture all this data (including their own), aggregate it, remove bias and come up with insights in real-time.” 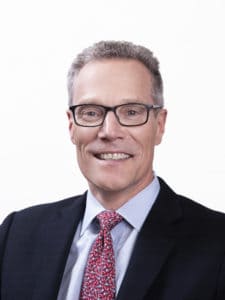 Obviously, this is no small task and requires significant investment of time and resources to address. The underlying issue to any data work is normalisation and structuring across the many different formats data is supplied in. Then there is the thorny issue of who actually owns and controls that data: Does it belong to those sell-side firms that provide prices, the buy-side firms that purchase it from the sell-side, or to the trading venues themselves?

“We would suggest that the data belongs (not in a subsequent monetisation model but for operating purposes) to the buy-side and should be theirs to do with to improve their trading outcomes,” says Algomi’s Eaton.

The way in which buy-side firms approach the challenges of fixed income data differ greatly depending on which regional markets they are active in; while the US markets have a form of consolidated tape data through the TRACE system, the European markets have no such counterpart, a sore subject that is a consistent  talking point among participants.

The intention of making a standardised, transparent and consistent form of market data available is to create a level playing field and a baseline from which competition can spring, yet the deficiencies in these services mean the burden falls to, or the opportunities arise for, data providers to step up to the plate.

“The demand for data transparency from the marketplace is accelerating, and the regulatory framework is scattered. In the US, where TRACE has become the standard for corporates over its two decades, we have not seen any meaningful changes in quite some time, despite a rapidly evolving market structure and liquidity picture,” says Coltman.

“In Europe, MiFID II had been expected to create meaningful transparency along similar lines. This has yet to happen in reality, and clients are still burdened with heavy reporting requirements.”

The ultimate objective of market transparency, at least from the trader perspective, is to increase visibility into and access to liquidity. While data in OTC markets is particularly difficult to obtain, it has become a vital element of investment and trading decision-making. As such, vendors such as MarketAxess are now focusing on consolidating their data in centralised warehouses.

“Good examples including pre-trade, real-time pricing tools, liquidity assessments, and impact analyses, as well as post-trade transaction cost analysis,” Coltman explains. “We believe that artificial intelligence and machine learning have an important role in overcoming both the complexity and sparseness of bond-level data that have overwhelmed traditional, more manual approaches.”

There’s little doubt that the trading landscape across fixed income markets has become far more complex for the buy-side to navigate, and the development of new technologies and access to data can sometimes be a detrimental force if firms lack a coherent strategy based upon these twin pillars. The need to improve efficiencies and reduce costs will only increase unless this complexity is alleviated for buy-side desks as they seek new options to source and capture liquidity.

“Despite the recent move backwards by FINRA to provide dealer protection on block trades, regulatory pressures will continue to push for post-trade transparency,” says Eaton. “All we need to do is look at equities to see the path forward for fixed income transparency.”

« Communication the key ingredient to improving buy- and sell-side relationships