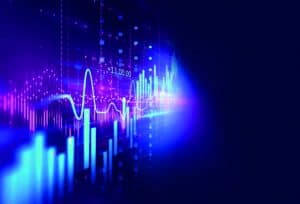 TORA has appointed an electronic trading specialist to oversee the product management of its order and execution management system.

Jason LeDell joins TORA after most recently serving as an execution trader at Horizon Asset for a year, responsible for its execution and trade analysis.

Previously in his career he also operated as an electronic sales trader at ITG for nearly four years, Instinet for two years, Nomura for four years and Mizuho for four years.

Based in Tokyo, LeDell will be responsible for the development and deployment of the trading systems provider’s cloud-based order and execution management system, as well as, supporting its global expansion plans.

“Jason will make a fantastic addition to the product team. We have significant expansion plans and our OEMS needs a dedicated head to deal with demand and drive growth and innovation,” said Ovidiu Campean, global head of product at TORA, who LeDell will report directly to.

“Jason’s sell-side experience will be vital in bringing new functionalities, innovation and product development to TORA’s best in breed OEMS.”

His appointment follows a series of new hires at TORA as the trading systems provider continues to accelerate its global expansion plans.

The company announced in September that it would be expanding its UK presence with a new London office and two new senior hires, Peter Rank and Chris Hopton, who were appointed as sales manager for Europe, and professional services manager, respectively.

“They [TORA] are growing rapidly and I am looking forward to helping to achieve the next level of success. TORA’s OEMS expansion into fixed income and FX makes us a true all-in-one multi-asset trading technology provider,” said LeDell.