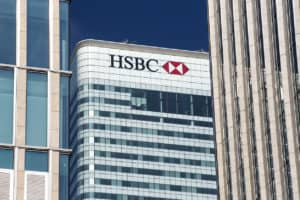 HSBC has confirmed that formerly announced buy-back plans are now “unlikely” in light of a fall in capital strength and a significant drop in profits.

The bank reported a loss of $1.6 billion in profit before tax in comparison with the first quarter of 2021, while adjusted profit before tax also fell by the same amount. Adjusted revenue was down 3% to $12.5 billion.

HSBC completed a $2 billion buy-back (the repurchasing of shares to increase value by reducing the number on the market) last year, with plans to announce a further $1 billion after its annual general meeting in May.

However, a 1.7% drop in its common equity tier 1 (CET1) capital ratio – a method used to measure a bank’s equity capital in comparison with total-risk weighted assets – has meant this additional buy-back is now off the cards. The bank attributed the fall to regulatory changes and steepening yield curves.

“As we’re now at the bottom of our target range due to the impact of fair value market losses, and that we’re continuing to see good expected growth in the business, we’re now unlikely to announce further buy-backs during 2022. However, buy-backs remain an integral part of our capital management tool kit going forward,” said HSBC chief financial officer, Ewen Stevenson, on the bank’s earnings call.

HSBC also reported a charge of $0.6 billion in expected credit losses (ECL) in comparison with a release of $0.4 billion in the first quarter of last year, attributing this to the broader economic impacts of the Russia-Ukraine war and the economic outlook for the year.

Around $250 million of the ECL charge from the quarter was associated to Russia exposure, while a further $160 million related to China commercial real estate, Stevenson said.

“Despite more challenged macro conditions this quarter, we remained firmly on track at this point to deliver double-digit returns in 2023,” added Stevenson.

“While reported profits before tax were down on last year’s first quarter, this mainly reflected a weaker quarter for wealth driven by a combination of weak markets and Hong Kong COVID restrictions together with a turnaround towards a more normalised level of expected credit losses from net right backs in first quarter last year.”