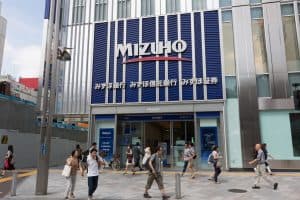 Mizuho Bank has settled charges with the US financial watchdog after it was found to have engaged in spoofing for various futures contracts based on Treasury notes and Eurodollars.

The US Commodity Futures Trading Commission (CFTC) said in a statement that the Japanese bank engaged in multiple acts of spoofing – whereby traders bid and offer with the intent to cancel before execution – on the CME and Cboe exchanges.

A trader accessed the futures markets through a trading platform from Mizuho’s Singapore office, placing large buy and sell orders for futures contracts and then cancelling them in order to test the market’s reaction to his spoof orders.

“Spoofing is an unlawful trade practice that undermines the integrity of the market, because it injects false information into the market—information on which market participants may rely,” said James McDonald, the CFTC’s director of enforcement.

“That’s true whether the bad actor is motivated by a desire to manipulate the market for profit, or, as was the case here, to test the market’s reaction to certain types of orders.  This case shows the Commission’s commitment to root out spoofing in all of its forms.  This case also shows that true cooperation—like that of Mizuho here—will be rewarded with a substantially reduced monetary penalty.”

According to the CFTC, Mizuho Bank has since launched an overhaul of its systems and controls for the detection and prevention of similar misconduct in the future.  As a result, the financial penalty of $250,000 was significantly reduced.

In August last year, Japanese institution the Bank of Tokyo-Mitsubishi UFJ also settled spoofing charges with the CFTC with a $600,000 fine, after it told authorities that one of its traders had carried out the misconduct in Treasury and Eurodollar futures markets.

Once the Bank of Tokyo became aware of the activities, the trader was suspended and then reported to the CFTC’s division of enforcement.