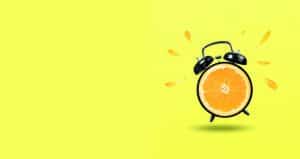 A recent move by the Autorité des Marchés Financiers (AMF) in France to create a virtual marketplace to improve the quality of  financial research has drawn short shift from investors just starting to find ways of navigating the MiFID II regulations introduced in January 2018.

The proposal would do “very little” to fix the unit economics for sell-side brokerages, argues Mark Pacitti, founder and managing director at primary research specialist, Woozle Research, based in London. Neither will it make markets more liquid for the buy-side, he warns.

“The inherent conflict of interest that exists when owners pay for their own scorecards isn’t palatable to most investors and is in fact encouraging a corrupt framework that existed with credit rating agencies before 2008,” Pacitti says.

The report from the AMF in January said the fact that the pooling of revenues generated by execution and research is no longer authorised has led to a deterioration in coverage of small and medium-sized companies. This is detrimental to a healthy competitive environment, the AMF states. It also proposed using the expression: “research paid for by the company” on the research note.

The European Commission is preparing to revise some MiFID II rules this year, with a consultation published recently, outlining the possible changes. The AMF argues that that the European framework could be modified to introduce a form of adequation between the cost and price of research.

It calls for the creation of a virtual “research marketplace”, in which investment service providers and research firms would exchange financial research with investors, who would volunteer to share its cost.

Declining levels of coverage for large stocks have no obvious impact on liquidity, but price discovery is hindered if the number of analysts on a small-cap drops from one or two to zero. Pacitti points to the fact that there are already at least 15 research aggregator platforms operating in Europe today, not including the largest market data vendors such as Bloomberg, Refinitiv, FactSet and S&P Global.

“The idea that a research marketplace would somehow stem the flow of commission dollars towards the bulge bracket research houses is as fanciful as it is impractical,” he argues. 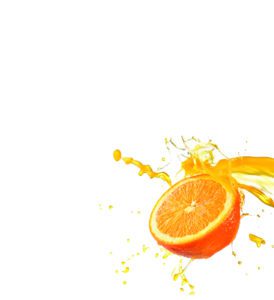 The intention of MiFID II to improve transparency and protection for investors in the wake of the 2008 financial crisis has fallen victim to unintended consequences. The results, according to Pacitti, are “less research, less liquidity, and less efficient markets resulting in worse returns for investors,” even when considering asset manager fee compression and reduced research budgets for the buy side.

Woozle conducted interviews with 45 independent research boutiques in Europe and the vast majority reported that they were somewhat or significantly disappointed with the levels of commission generated by the research marketplaces to which they contribute. Woozle found that 30% of research providers are earning no revenues on those systems, and approximately half of the total commission dollars being spent by buy-side investment firms is being split between the top 20% of sell-side vendors.

Pacitti’s Woozle Research firm takes its name from the “Woozle effect” in academia, where a research conclusion is cited as evidence by other researchers, regardless of whether the conclusion was correct in the first place. He draws a parallel with the 1933 Glass-Steagall Act in the US, which separated investment and commercial banking in the wake of the Wall Street Crash of 1929.

The unintended consequences of restricting US banks to only sourcing a maximum of 10% of income from investment securities has increased risk as institutions weren’t able to diversify exposure. The Glass-Steagall Act was eventually repealed in 1999 and Pacitti adds that in the long-term, industry regulations will be “cyclical not structural. There’s a good probability that the adverse consequences of MiFID II will be repealed or will see significant changes”.

In the meantime, the buy-side may prefer to stick with the devil it knows. Introducing adequation between the price and cost of research would change research providers’ business models once again and add a new regulatory burden on asset managers, argues Patrick Simion, head of public affairs at BNP Paribas Asset Management in Paris: “We have become used to MiFID II rules and we don’t feel that additional rules will help.”

That view is echoed by Charlotte Decuyper, market structure and strategy analyst at Liquidnet in London. When MiFID II came into force, the challenge for most asset managers was being able to collate data to accurately assess and evaluate their consumption and the quality of research. The result is that asset managers, also facing the growth of passive investing, are now seeking to only consume research where they see clear value-added in the investment process.

“Based on the new data, the objective is to select the best in class type of research,” Decuyper says. Asset managers have also started favouring new types of access such as discussions with a veteran analyst: “The industry has been adjusting to the new rules over the last two years and processes are just starting to bed down.”

Simion at BNP Paribas adds that the industry has seen a “significant decrease” in research budgets, achieved by closer monitoring of research consumption and internalisation. BNP Paribas Asset Management is maintaining “high levels” of budget for small and mid-cap research, while also relying on internal analytical capacity, according to Simion.

However, Hardman & Co found that in the UK in 2018, the worst impact was in fact felt by large-caps, with average analysts for each London Stock Exchange large-cap stock falling 7.4% during the year. At the same time, mid-cap coverage fell 3.1%, and coverage of main market small-caps and AIM companies actually increased by 15.6% and 7.9%, respectively.

This was backed up by the UK’s Financial Conduct Authority (FCA), which found in September that, despite research budgets falling on average by 20%-30% since the introduction of MiFID II, most asset managers agreed that they are still getting the research they need. There was no sign of a material reduction in coverage of small- and mid-caps in the UK, the FCA found.

Yet, the AMAFI association of French market professionals reported in September a “large consensus among issuers, asset management companies and research providers” that the total amount paid for research has dramatically diminished and is set to continue to fall, with the decline particularly severe for small- and mid-caps.

This suggests the supply of research is driven by the overall attractiveness of a stock exchange for smaller companies, rather than simply by regulation. The UK has by far the largest weight in the MSCI Europe Small Cap Index at 32%. Sweden and Germany, both on 11%, are the next largest constituents.

Under the previous bundled model, Decuyper explains there was an assumption that there was greater incentive for bulge brackets to cover large-cap stocks and get paid with large cap flow. Under the current system, becoming an expert in a small-cap company “enables the provider of research services to remain relevant to clients, rather than being yet another junior analyst in a large-cap where you are unlikely to be paid commensurably for your work,” she says. 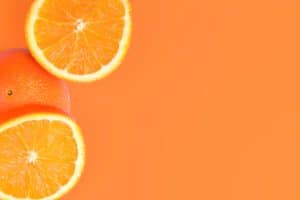 The aim of MiFID II to promote innovative ways to produce, price and distribute research at a more realistic price point has not yet been realised as the bulge bracket still dominates research spending, Decuyper says, outlining that the status quo is “increasingly unsustainable”.

Rather than the focus being on returning to the research provision of the past, Decuyper concludes that the industry needs to adapt and evolve to what is required going forward. One way forward, she suggests, would be to provide the competition regulator in each jurisdiction with a mandate to investigate whether research prices are so low that they might be considered a form of inducement.

There is also a need to regulate new sectors of research including alternative data and Environmental, Social and Governance (ESG) as well as new ways to improve distribution. In the UK, the FCA has said it will challenge firms it deems to be ‘greenwashing’ products. The AMF argues that there is a need for certification of ESG research analysts, but without providing details of how to do so.

Steven Maijoor, chair of the European Securities and Markets Authority, said in a speech in February that the level of public scrutiny and supervision of ESG ratings agencies is “far from optimal”, and public regulation is needed.

EU regulations continue in force in the UK during the Brexit implementation period which runs until December 31. After that, providers who can supply high quality ESG research are likely to have a bright future no matter which regulatory regime they operate under.