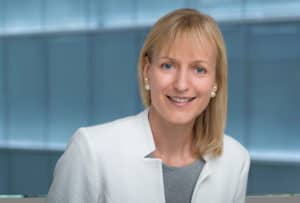 How adequate do you think the current levels of diversity and inclusion are in financial markets?

Stefanie Holtze-Jen: In our industry, we have long understood the importance of incor­porating as many different perspectives and experiences as possible when forming views or analysing situations. In order to achieve this you really need to have a diverse team, both in terms of gender, ethnicity and age repre­sentation, as well as more broadly in terms of different backgrounds and experiences. Then, even more importantly, you also need to nurture a culture that embraces these different perspectives and ensures that everyone on your team is in a position where they actually feel safe and enabled to openly express their individual points of view. Sadly, this culture of teamwork and openness to different opinions is often lacking, which I think is one of the more pressing problems we have in the FX space.

In terms of specific female representation, we operate in an industry that relies heavily on the science, technology, engineering or mathe­matics (STEM) skill set. According to statistics from the Boston Consulting Group, it starts with the fact that from the 56% of university graduates who are women, only 38% are rep­resented in the workforce and are particularly underrepresented in jobs that require STEM skills, including the financial services industry. Furthermore, although 50% of the financial ser­vices industry workforce are women, only 25% of them are in senior management positions.

Why is it important for FX institutions and firms to aim for greater diversity in their business?

SHJ: Something I feel very strongly about, and which is why I’m speaking on a panel at TradeTech FX on this subject, is that we’re going through a fourth industrial revolution right now: the digital revolution. Everything comes down to the data set and how well that data is analysed to enhance our evidence-based decision making, which is especially important in the financial services world. Yet only 22% of professionals in the artificial intelligence space and only 12% of leading researchers involved in machine learning are female. I’m also currently working to qualify as a Chartered Financial Data Scientist, but out of 40 individuals in my programme only two of us are women. And it is not because women aren’t capable or less skilled to do this, but we certainly need to start identifying where the needs and opportunities are in our industry and believing that we can be a part of that. I was raised by my parents with the knowledge that there was no difference be­tween girls and boys in their abilities and in the opportunities they can pursue.

This is where it starts and therefore we should all aim to raise our children with this stronger sense of self-im­age and knowledge that there is no difference between the sexes. There are biases in society that we as females can only remove by proving them wrong, first and foremost to ourselves.

Are there any practical steps which could be taken to encourage greater levels of diversity and inclusion in the industry?

SHJ: The most important thing to remember if you are working in a rational, numbers and re­sult-orientated STEM environment is that you need to have your colleagues’ respect to be able to work with them effectively. But if you are seen as having achieved that role not based on your skills or proven abilities but because your gender or ethnic heritage helps the company to meet some quota or other imposed diversi­ty measure, then you are never going to truly earn their trust. Positions should be achieved based on merit and firms need to be picking the right people based on the required skill sets and backgrounds, not on an enforced quota for hiring by gender or ethnicity etc.

At the same time, our industry is undergoing rapid changes as part of the digital revolution and it is more important than ever to have an edge, to be better prepared, better educated and to work better as a team. Bringing the right at­titude along to an ever-changing environment, enjoying the fast pace and being pragmatic, whilst keeping the greater vision in sight, are necessary traits in financial services too.

Now we are entering into an increasingly difficult economic environment and many people may not want to risk speaking out about opportunities or gaps in knowledge which need to be filled, even though this is exactly what we need right now. This could be having an approachable employer who is open and supportive of furthering your ideas and skills, which I’m fortunate to have with DWS, or perhaps to find a mentor or to act as a mentor to others. But most importantly, women and other underrepresented groups need to take the initiative themselves and start being more proactive at putting themselves forward and asking for further training, more responsibility and better exposure to be part of shaping this industry’s future.

In which ways will a more diverse workforce benefit the FX industry as a whole?

SHJ: The evidence is that more diversity is proven to deliver better results. A 2018 study of 1,000 companies across 12 countries by McKinsey and Co found that companies in the top quartile for gender diversity on their executive teams were 21% more likely to expe­rience above-average profitability. Meanwhile, ethnic and cultural diversity resulted in a 33% increase in performance.

It’s not just diversity in gender, race, ethnici­ty and cultural background. Studies show that employees from companies which are diverse in both inherent and acquired diversity (traits you gain from life and work experiences) are 45% more likely to report a growth in market share over the previous year and 70% more likely to report the firm captured a new market.

The basic way of how this works is that one utilises the wisdom of the crowd. A team with very specific diverse experiences, perspectives and skill sets will have a measurably enhanced ability to make better informed decisions. In asset management this can then lead to creating better models, which, in turn, enables better trading and investment decisions. It’s also one of the key factors which makes a winning team. The FX markets are moved by a wide range of macro-economic indicators and there is no one factor that is statistically relevant enough to single-handedly explain or predict its movements. It’s actually very im­portant to be able to identify what the various drivers are and where these changes are likely to be headed. Having a wide range of different views means you are together better able to assess potential risks and rewards when entering positions in the FX market. And the more diverse you are, by definition, the more ability you have to make sure you have covered the whole range of angles and not excluded anything because you haven’t been trained to look at it or an unconscious bias prevented you from considering a different outcome.

In addition to the diversity panel you are speaking on at the TradeTech FX, which other sessions are you most looking forward to and what are you hoping to take away from the event in general?

SHJ: I’m looking forward to taking part on the panel about data science and gaining an information edge, which, as I’ve mentioned, is the area of fastest growth and change in our industry, as well as the most fundamentally challenging area. In FX, data really is the new oil and it is now all about exploring this new commodity. So, I’m hoping to learn more about how others view this area, how they are approaching this challenge and where they see it all heading, because we’ve already come a long way but there is still so much more to explore. It is also a very comprehensive event with a large number of attendees, so I’m keen to network and learn more about the issues in the market right now which will then serve as a good benchmark against where the industry is right now and where it is going.

This article was originally published in The TradeTECH FX Daily magazine, produced by The TRADE, which was distributed to attendees of this year’s TradeTech FX Europe conference.