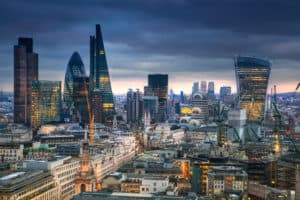 Certain research rules and best execution reporting requirements could be axed in the UK as part of the latest series of proposed changes to Europe’s MiFID II regulation post-Brexit.

A consultation has been launched by the UK Financial Conduct Authority (FCA) in partnership with the Treasury to consider the regulatory adjustments.

Under the UK’s proposal, research from SMEs with a market cap below £200 million and fixed income, currencies and commodities (FICC) research will be exempt from MiFID II unbundling requirements.

“The changes we are proposing to the UK MiFID rules are intended to ensure that our requirements are better tailored and more proportionate to the risks arising,” said the FCA.

“The MiFID II requirements apply to research regardless of the market capitalisation and size of the firm. This means that there is no differentiated treatment or exemption for different parts of the equity market. But some parts, e.g. SME research, are less likely to give rise to the harms that can be caused by bundling the two services.”

The UK’s consultation follows the European Commission’s recent changes to MiFID II in March as part of a COVID-19 relief package.

Research and execution from issuers with a market cap of less than €1 billion over a period of 36 months were exempt from unbundling requirements as part of the EU’s relief package.

Amendments to fixed income research, which were initially proposed by the Commission, were not included in the directive. Best execution reporting requirements were also suspended.

The HM Treasury confirmed earlier this month that the share trading obligation and double volume caps (DVCs) will also be axed in a set of ambitious capital reforms following Brexit in further regulatory divergence between the UK and EU.

“It’s the sort of measure that we could have done while probably still in the European Union, it’s [removing the STO and DVCs] one of a number of sensible things that the government is looking at to make markets more competitive,” said Mark Boleat, former member of the City of London Policy Committee, commented on the changes.

“That [removing the STO and DVCs] quite controversial, there are a number of institutions that think that’s not a very good route to go down but the government has taken the idea that it should do it with the hope of getting more IPOs.”