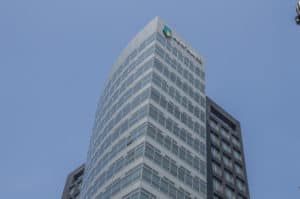 Dutch bank ABN Amro will cut roughly 2,500 jobs under plans to wind-down part of its investment banking division in a major business overhaul to reduce costs in the next few years.

ABN Amro confirmed it will reduce around 15% of its staff by 2024 and achieve €700 million in cost savings. Most of the job cuts will take place from 2022. The bank will also sell its Amsterdam Zuid headquarters and redevelop its Paris-based second main office.

The institution said earlier this year it would exit less profitable activities within its corporate and investment bank, including trade and commodity finance and all non-European corporate banking. ABN Amro will focus on Northwest Europe and clearing globally under the plans.

Robert Swaak, who took on the role as CEO of ABN Amro in April, told analysts on the bank’s first quarter 2020 earnings call that all activities of the corporate and investment banking division, including its derivatives clearing arm, were “on the table” as part of the review.

“Today we present the outcome of the strategy review and our vision for the bank,” Swaak commented in the most recent update. “Our strategic pillars – customer experience, sustainability, and future-proof bank – remain our guiding principles in acting on our purpose ‘Banking for better, for generations to come’.

“The wind-down of the CIB non-core portfolio as announced in August was a first step. Today we announce we will be a personal bank in the digital age, serving clients where we have scale in the Netherlands and Northwest Europe.”

The bank warned in March it would incur a single €200 million loss in its clearing business from one US client as impairments during the period surged to €1.1 billion at the height of the global pandemic.

ABN Amro was also impacted by Singapore-based oil trader Hin Leong who admitted undisclosed losses of $800 million. Hin Leong was not explicitly named by ABN Amro, but the bank confirmed a €225m impairment related to “potential fraud” in its trade and commodity finance portfolio in Singapore.