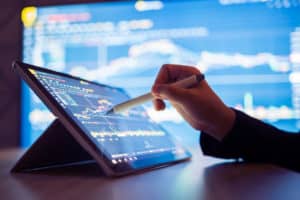 Schroders’ acquisition of Rivers and Mercantile’s fiduciary management and derivatives businesses for £230 million is just the latest in a string of buy-side M&A deals that are reaching levels not seen since the 2007-2009 Great Recession.

On 26 October, Schroders announced its intention to acquire River and Mercantile Group’s UK Solutions Division, which has approximately £42 billion of assets under management. The transaction, which is expected to complete in the first half of next year, pending regulatory approvals, will further strengthen Schroders’ ability to meet the requirements of pension fund clients. River and Mercantile Group’s CEO James Barham said its customers would gain access to Schroders’ investment capabilities, including private assets, and be able to leverage its extensive sustainability expertise.

The deal may have not been that noteworthy if it was not the latest in a string of M&A deals this year – Goldman Sachs Asset Management’s purchase of NN Investment Partners, Amundi’s acquisition of Lyxor – that has many pundits predicting further consolidation is on the cards. In a low-interest rate environment, which puts pressure on manager’s margins, acquisitions are a fast track to gaining scale and market share.

According to data published by Refinitiv, the first nine months of this year saw more deals under $1 billion between asset managers than at any other point since 2007.

Law firm White & Case says the UK tops its M&A leader board with 17 noteworthy deals in the first half of 2021 among mid-sized and smaller asset managers. It points to a number of drivers for consolidation, including increased regulatory pressure from MiFID 11 implementation, growing pressure on fees and rising technology costs.

“I predict that we will see a number of medium-sized asset managers getting snapped up by larger groups or doing mergers of equals to reach higher levels of assets under management and to secure (exclusive) access to new customer groups via strategic distribution agreements,” Detlef Glow, head of EMEA research at Refinitiv Lipper wrote in an August memo. “Higher assets under management may also help the respective asset manager to maintain its revenue since the pressure on margins in the asset management industry is increasing and will continue to do so in the future.”

Glow writes that asset managers could also buy FinTechs to modernise their digital infrastructure and upgrade their service offerings so they remain attractive to existing clients, and can attract new ones.

In its Global M&A Report 2021, Bain & Company predicts that more mid-size traditional active managers will join forces to scale to fund new capabilities such as ESG and boost distribution. It points to high-profile deals in the last 12 months—including Franklin Templeton’s acquisition of Legg Mason, Morgan Stanley’s acquisition of Eaton Vance, and JPMorgan Chase’s stated desire for more acquisition opportunities. “The field remains fragmented and ripe for continued consolidation,” it says.

That said, not all of these transactions will be successful. “The ability to integrate the corporate culture of the acquired company would be one of the key drivers for the success of a merger,” writes Glow. Peter Harrison, Group CEO at Schroders, said the acquisition of River and Mercantile Group’s UK Solutions Division, would not only enhance its ability to meet the increasingly complex needs of pension fund clients, which was consistent with its growth strategy, but that it was a good cultural fit with Schroders. He sees significant opportunities from the partnership as both firms seek to address the challenges of delivering value and sustainable outcomes to all their members.