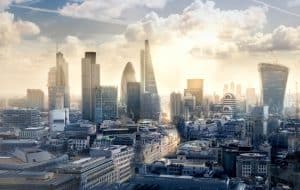 The veteran financial expert, with over 50 years’ experience in the financial sector will join up with the exchange on 2 March.

He is also known for making frequent appearances on the BBC, Bloomberg, CNN and ABC News Australia as a financial commentator. In 2016 Buik was honored with a (MBE) Member of the Order of the British empire for his work in the financial sector.

Speaking on the people move CEO of Aquis Exchange showed great admiration for Buik. “I have known David for many years, and it is excellent to have him on board. There is no-one better placed to bring our message to the City,” said Alasdair Haynes, CEO of Aquis Exchange.

According to Aquis Exchange Buik has been long term supporter of the firm, and praised their efforts to offer greater liquidity, lower costs and more transparency in equity trading.

“I am delighted to be joining Aquis Exchange at this juncture. Anyone who knows me will know of my adoration for the city of London, and I truly believe that Aquis has created an exciting, disruptive new way of trading that will change the way we deal in equities to the benefit of the shareholders,’ said David Buik.

Last year the trading firm acquired CME’s NEX Exchange for £2.7 million expanding its listings with 89 more companies as it continues to grow its presence under the guidance of Haynes, an industry veteran and The TRADE’s recipient of the sell-side Lifetime Achievement award in 2018.