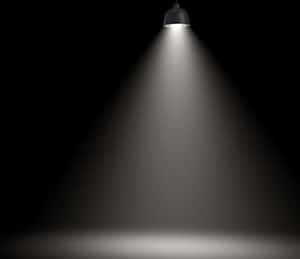 The European Securities and Markets Authority (ESMA) has published data on the MiFID II dark pool double volume caps (DVCs) following a delay earlier this year, with hundreds of stocks affected by the restrictions.

ESMA has released data on equity and equity-like instruments that hit the trading threshold, meaning they cannot be traded in dark pool venues.

A total of 744 instruments in January and 643 in February this year hit either the 4% or 8% threshold according to ESMA’s data.  Securities which hit the threshold will be suspended from trading in dark pools for six months as of 12 March.

Combining the statistics for January and February 2018 represents 2.5% of all equities ESMA lists in its transparency calculations, although it represents 35% of all liquid instruments listed where the DVCs will matter most, according to Christian Voigt, senior regulatory adviser at Fidessa.

Voigt added that when the bans are lifted after six months trading could revert to the old ways as the market strives to stay below the threshold, or it could herald a permanent change in market behaviour and a move away from DVCs. “In which case, you might wonder what the difference is between the DVC and a simple ban,” he concluded.

For Alasdair Haynes, CEO of Aquis Exchange, the caps will result in a move towards lit venues with liquidity and toxicity driving the migration.

“Regulators are making very clear their intention to create greater transparency and drive certain types of trading onto lit venues and ultimately that is good for markets,” Haynes told The TRADE. “The long-term winners from this ruling will be venues like Aquis that can offer good liquidity combined with low toxicity.”

MiFID II, which came into force on 3 January, introduced the DVCs for dark pools, triggering bans on certain types of dark trading when a transaction accounts for 4% of the total activity on a single dark venue, or 8% of total trading market-wide.

Various studies have shown a significant amount of securities would hit the MiFID II thresholds, with senior market participants warning the caps would be detrimental to the market by restricting one of the most effective methods of trading.

Duncan Higgins, head of electronic products at equities broker ITG, told The TRADE that UK blue chip stocks are set to be hit hardest by the caps according to the data.

“Crucially, 85 UK blue chips of 101 stocks in the FTSE 100 will hit the 8% cap. Judging by the information from ESMA, German index names appear to be the least affected of all the stocks in Europe. When it comes to the capped stocks which have the highest amount of trading activity across Europe, major UK names such as HSBC, AstraZeneca and Vodafone will be hit,” Higgins said.

Research from Rosenblatt Securities carried out  prior to the implementation of the DVCs predicted that up to 89% of stocks traded in the FTSE 100 and FTSE 250 would breach the market-wide caps.

Even the Financial Conduct Authority (FCA) in the UK highlighted that dark trading begins to negatively affect market quality between 11% and 17% of market turnover, a much higher level than MiFID II’s proposed dark pool caps.

The FCA warned it is important that “policy makers take care not to eliminate the market quality benefits of dark trading by arbitrarily imposing uniform dark trading restrictions for all stock sizes”.

“There have been many studies to try and estimate the amount of stocks that will be impacted by the caps, but with very little information on how the calculations are exactly going to work,” said Gareth Exton, head of execution consulting at Liquidnet. “But now we will find out the impact these caps are going to have on the trading landscape.

“What will be interesting post the introduction of the caps, is where liquidity moves to and the effect it may have on clients’ execution performance.”

Just one week after MiFID II was implemented across Europe, ESMA confirmed the delay of the dark trading rulesdue to incomplete data from trading venues. Without the correct data, the regulator said it was unable to comprehensively calculate the DVCs.

Under MiFID II the EU watchdog is pushing for more activity to be traded on lit venues and exchanges where pricing is fully transparent. Dark pool operators worldwide have been hit with some of the largest fines on record in recent years amid allegations of misleading investors and manipulation.

« Cboe gets green light for benchmark administrator position in Europe