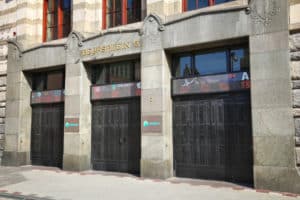 Shareholders from European exchange group Euronext have unanimously voted in favour of its Borsa Italiana acquisition from the London Stock Exchange Group (LSEG).

The Euronext general meeting, which took place on 20 November, saw the proposed transaction receive approval from 99.9% of all votes cast.

Euronext entered into a binding agreement with the LSEG in October to acquire the Milan-based stock exchange Borsa Italiana for €4.3 billion. The transaction is dependent on the European Commission’s approval of LSEG’s proposed $27 billion takeover of Refinitiv.

“With today’s approval by our shareholders, following the approval by LSEG shareholders on 3 November 2020, we have now satisfied one of the major conditions for the transaction, which we expect to complete during the first half of 2021,” said Stephane Boujnah, CEO of Euronext.

The development follows the approval from LSEG’s shareholders for the deal at the exchange group’s general meeting on 3 November, with 291,694,564 votes in favour of the transaction versus 4,193 against.

The decision by the LSEG to sell its Borsa Italiana business followed news in June that the European Commission had begun a more in-depth investigation of the Refinitiv deal due to concerns it could dampen competition in trading and clearing.

The Commission said the combination of LSEG’s MTS platform and Refinitiv’s Tradeweb 54% interest would significantly increase their market share in electronic trading of European government bonds, and could subsequently reduce competition and make it more difficult for new platforms to enter the space.