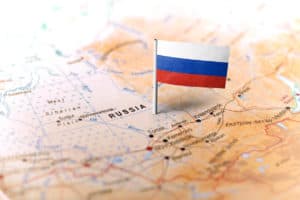 European investment grade bonds prices fell 15% in the nine months between August last year and May 2022 as the impacts of the Russian invasion and inflation were felt across the market, ESMA’s latest risk report has found.

High inflation, expectations of a slower economic growth and the interest rate environment were key risk drivers for fixed income noted by the watchdog in its report, sparking large selloffs on European corporate bond markets and price falls across rating categories.

Peak-to-trough, investment grade bonds fell 15% from August last year to May this year, declining 12% throughout this year until June – a fall twice as large as that seen during the pandemic.

The declines were paired with “deteriorating liquidity” in the fixed income markets, with spreads at multi-year highs that surpassed the one-year moving average by 14 basis points.

In the equities markets, ESMA noted in its report that recovery of most equity indices, dating from the market stress of March 2020 and the peak of the pandemic, had come to a halt thanks to higher energy costs and lower trade flows caused by the Russian invasion alongside “supply-side bottlenecks linked to the continued effects of the pandemic and tightening credit conditions for firms”.

In Europe, equity indices fell 18.1% in H1, while the US saw a 20.5% fall. In the US, however, ESMA noted that positive inflation news outside of the reporting period had seen a return to recovery at the start of H2.

In asset management, ESMA found that exposures to Russian and Ukrainian counterparties were only €50 billion in H1, however some fund exposures were higher with 300 funds holding over 5% of their portfolios in assets from the region totalling €225 billion.