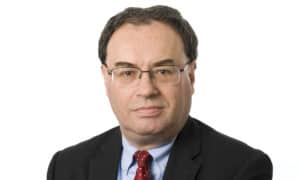 Andrew Bailey, the chief executive of the UK’s financial watchdog, has been named the new Governor of the Bank of England replacing Mark Carney, in a move largely welcomed by the buy-side.

“When we launched this process, we said we were looking for a leader of international standing with expertise across monetary, economic and regulatory matters. In Andrew Bailey that is who we have appointed,” said Sajid Javid, chancellor of the exchequer, upon announcing the appointment.

“Andrew was the stand-out candidate in a competitive field. He is the right person to lead the Bank as we forge a new future outside the EU and level-up opportunity across the country. I also want to take this opportunity to thank Mark Carney for his service as Governor. The intellect, rigour and leadership he brought to the role during a critical time was a significant contribution to the UK economy moving to recovery and growth.”

Bailey was considered a frontrunner for the role when the search for the next Governor of the Bank of England began, with other contenders reportedly including industry veteran and Legal & General’s head of personal investing, Helena Morrissey, and the former head of the US derivatives watchdog, Christopher Giancarlo.

News of Bailey’s appointment has been welcomed by the buy-side, despite the difficult political environment he will be working in, with Standard Life Aberdeen’s chief executive, Keith Skeoch, describing him as the ‘natural choice’.

“Given his breadth of experience and expertise, both within the Bank and across the financial sector, he was the natural choice to succeed Mark Carney,” Skeoch said. “He will take over the reins at a tricky time given the range of uncertainties which seem likely to dominate the monetary and financial policy debate in 2020 and beyond. As such another safe pair of hands on the tiller will be most welcome.”

Similarly, the Investment Association’s CEO, Chris Cummings, welcomed the appointment, citing Bailey’s experience as chief executive of the FCA since July 2016 as clear experience and leadership ahead of the Bank of England position.

“Andrew’s extensive experience and able leadership, demonstrated at the FCA, will enable him to successfully guide the bank during this critical period for the UK as we prepare to leave the EU,” Cummings said. “We look forward to working with him to ensure the UK’s investment management industry continues to thrive, to the benefit of savers and investors.”