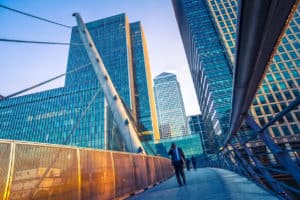 Libor rates for major currencies will officially end on 31 December this year, concluding the several year process to withdraw the controversial benchmark and transition the industry to alternative risk-free rates.

“Today’s announcements provide certainty on when the LIBOR panels will end,” said Nikhil Rathi, CEO of the FCA. “Publication of most of the LIBOR benchmarks will cease at the same time as the panels end. Market participants must now complete their transition plans.”

Market participants across the value chain have been transitioning to alternative benchmarks, including SONIA for UK sterling derivatives and SOFR for US dollar derivatives, in the last year.

The end date comes alongside a feedback statement published by the ICE Benchmark Administration (IBA) on its Libor consultation, which it launched in November.

The IBA said the “vast majority of respondents” were in support of the cease of publishing Libor settings at the end of 2021 and of the ceasing of other US settings in 2023.

“Today’s announcements mark the final chapter in the process that began in 2017, to remove reliance on unsustainable LIBOR rates and build a more robust foundation for the financial system,” Bank of England governor, Andrew Bailey, commented. “With limited time remaining, my message to firms is clear – act now and complete your transition by the end of 2021.”

Research from the UK’s Investment Association last year suggested that asset managers had upped efforts to switch from Libor to alternative benchmarks, with 70% of its members reveling they had reduced their exposure to Libor in the last year.

The FCA confirmed in July 2017 that it would no longer be supporting banks using Libor settings after the end of this year following years of allegations that the benchmark had been manipulated.