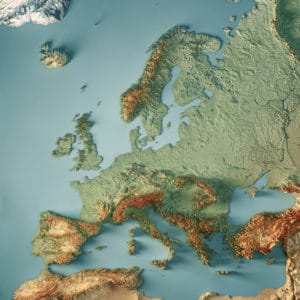 The introduction of MiFID II to Europe’s equities markets has made sourcing liquidity a harder task for the buy-side, according to a new report from Greenwich Associates.

A review of the European equities market under the new regulatory regime found that 44% of buy-side traders interviewed believed that equity liquidity had become harder to source since the implementation of MiFID II. Just over a third of buy-siders said that there had been no change to the difficulty of sourcing liquidity, while 16% believed that it had in fact become easier.

It is possible that much of the frustration is stemming from the inarguably painful transition, and MiFID’s new pre- and post-trade transparency requirements have made the trading process more complicated,” said report author, Richard Johnson, principal market structure and technology at Greenwich Associates.

“But like it or not, there is no going back now. European equity traders will adjust to this new normal, as new products are introduced and new service models evolve to help them along this transition.”

Meanwhile, an examination of how order flow has changed under MiFID II showed that the popularity of periodic auctions and systematic internalisers as trading venues continues to proliferate.

Around three-quarters of buy-side firms indicated they are using periodic auctions, with 40% saying they have a positive viewpoint of the venues, while dark trading venues continue to prove popular with buy-side firms, despite regulatory attempts to curtail this activity, primarily through the double volume caps (DVCs), first introduced in March 2018.

Greenwich’s report found that 20% of order flow is being routed through dark trading via large-in-scale waivers, while 34% is sent through lit multilateral trading facilities and exchanges, including periodic auctions.

“Traders have had to change their trading strategy to address the disappearance of some trading venues and the emergence of new ones,” concluded Johnson. “Furthermore, new products have been built specifically to address the regulations such as periodic auctions and pools built around the LIS exemption. At the same time, however, the underlying liquidity in the market has not changed.”