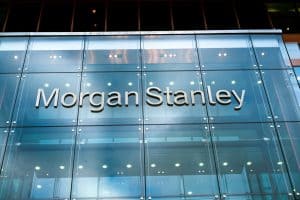 Morgan Stanley’s wealth management business has been handed a $3.6 million fine by authorities in the US for alleged misuse of funds from client accounts.

Policies in place to review disbursement requests were not reasonably designed to detect or prevent potential misconduct, the SEC added.

According to the SEC, Morgan Stanley’s “insufficient policies and procedures” led to one of its investment advisors, Barry Connell, stealing around $7 million from four client accounts in approximately 110 transactions over a period of nearly a year.

“Investment advisers must view the safeguarding of client assets from misappropriation or misuse by their personnel as a critical aspect of investor protection,” said Sanjay Wadhwa, senior associate director of the SEC’s New York regional office. “Today’s order finds that Morgan Stanley fell short of its obligations in this regard.”

Connell was charged with stealing from client accounts in February 2017, after he allegedly used the money to rent a home in suburban Las Vegas, pay for a country club membership and a private jet service.

“As alleged in our complaint, Connell stole funds from clients who entrusted him their finances, choosing to fund his own lavish lifestyle rather than fulfill the fiduciary duty he owed them,” said Andrew Calamari, director of the SEC’s New York regional office, at the time.

Morgan Stanley did not admit or deny the SEC’s findings, but has agreed to pay the $3.6 million fine. It has also since repaid the four advisory clients related to Connell’s case in full, plus interest.