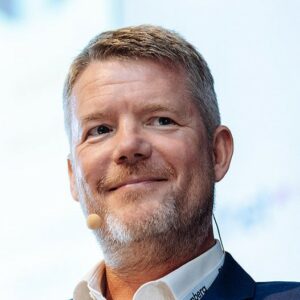 In a social media update, Just explained that: “I have decided to explore a new path focusing more directly on developing the technology, data and market structures needed to support the evolution of markets.

“Over the last five years at Nordea AM I have seen fixed income markets continue to develop, but they are only part way on a long path. I am passionate about guiding that change.”

Just, who is based in Copenhagen, joined Nordea AM in March 2018 as head of fixed income trading, after a number of years running and founding fintech firms including simplefintech.com. He previously spent three years as head of trading and prop with Danish financial services and insurance group Alm. Brand, prior to which he worked as a portfolio manager and client executive with various banks including SEB Merchant Banking, Danske Bank and ATP. Between 2008 and 2011 he was the principal portfolio officer for the International Finance Corporation (IFC) in Washington DC, heading up the global rates division and responsible for the internal hedge fund along with a $25 billion bond portfolio.

“I am very grateful for the opportunity I was given back in 2018 and it is with some regret I am leaving. I will for sure miss my, now former, colleagues,” said Just. “However, I am also looking forward to progressing even further in another position and capacity.”