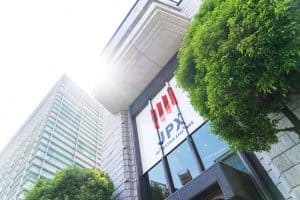 The chief executive officer of the Tokyo Stock Exchange (TSE) has resigned after taking responsibility for a major day-long market outage in October caused by a technical failure.

JPX has accepted the resignation and group CEO of the JPX, Kiyota Akira, will take over as head of TSE.

“Miyahara Koichiro, director, and representative executive officer, group co-COO of JPX, has taken seriously his responsibility for the failure in the arrowhead cash equity trading system that occurred on October 1, 2020,” said JPX in a statement.

The leadership reshuffle follows the TSE market blackout caused by a hardware malfunction on its cash equities system arrowhead. The exchange attempted and failed to switch to backup hardware due to a glitch, however, this did not work as intended and forced it to shut down trading in all listed symbols for the entire day.

The technical failure fell upon a day when many funds were rebalancing their portfolios and the first day of the new quarter for the second half of Japan’s fiscal year.

Earlier this year, the chief information officer at the New Zealand Exchange resigned one month after the markets operator suffered a cyber-attack that forced it to close for four days.