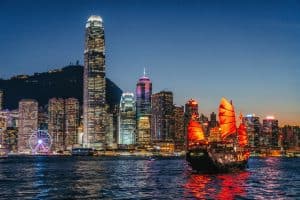 Tradeweb has launched block trading functionality via the Bond Connect initiative to allow investors to complete transactions from multiple funds in a single block.

Tradeweb became the first trading venue to link to Bond Connect in June last year, offering request for quote (RFQ) for bond trading in the China Interbank Bond Market, in a move the company’s CEO, Lee Olesky, described as a ‘landmark’ event.

The block trading service on Bond Connect will operate using the same RFQ protocol that Tradeweb deploys for its other markets, with pre- and post-trade order management system (OMS) integration.

“The launch of block trading via pre-allocation is a significant development for the Tradeweb Bond Connect initiative and another step towards our goal to connect China’s financial market with the rest of the world,” Olesky commented.

The aim of the initiative was to allow overseas funds to buy onshore bonds through Hong Kong to boost the economy and the city’s status as a global financial centre.

In July this year, Tradeweb revealed its Chinese onshore bond trading activity had exceeded $107 billion since the launch of Bond Connect, with more than 6,200 bond transactions executed via its platform.

Furthermore, it was confirmed that Chinese debt will be included on the Global Benchmark Index for the first time, which is anticipated to create further demand for electronic trading in Chinese bond markets.

The developments are expected to increase activity on Bond Connect, which has already seen the number of overseas institutional investors using the initiative increase by 46% in August to 257 firms, compared to the beginning of the year.

“As the investors are gearing up for global index inclusion of Chinese bonds next year, we have already seen a surge in Bond Connect applications in the recent months,” said James O’Sullivan, head of securities services for Hong Kong at Standard Chartered.

“Now with the block trading, tax exemption and RDVP enhancements, we expect that there will be a further significant increase in the number of applications from global real money funds and lead to a rise in trading volumes.”