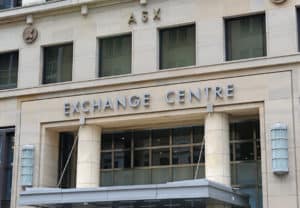 The Australian Securities Exchange (ASX) will once again delay the replacement of its CHESS equities clearing and settlement system with a new distributed ledger technology (DLT) based platform by another year to April 2023.

The exchange said the decision follows careful consideration of the feedback from 100 organisations that participated in an extensive industry consultation.

ASX stated the feedback showed that as COVID-19 continues to have an impact on the industry, the pandemic has affected collaboration and productivity. The exchange added the pandemic has highlighted the importance of digitising processes and the need to further reduce cutover risk to the new CHESS system.

Market participants, including asset managers, custody banks, issuers and technology firms, also requested substantially more post-trade processing capacity than what had been contemplated pre-COVID-19. This is in response to the extreme increases in trading volumes on the ASX platform during the most volatile period of the pandemic in March 2020.

In June, ASX was forced to delay its planned April 2021 implementation date for the project due to the operational pressures and heightened volatility caused by the COVID-19 pandemic.

While most CHESS users indicated they could meet the proposed go-live date of April 2022, ASX said many asked for extra industry testing and more time to prepare for the new system.

“ASX has listened to the industry, regulators and its technology partners throughout this project. It is clear that COVID-19 continues to impact the whole industry, including ASX, and this has evolved what our stakeholders want from the CHESS replacement system,” said Dominic Stevens, chief executive officer of ASX.

“In parallel, ASX has considered how we can reduce delivery risk, enhance the customer experience and continuously improve project execution. Consequently, we have increased the scope of the project and extended the timeline. The result is a program that provides a significantly enhanced CHESS replacement solution on day one.”

In the volatile periods at the height of the COVID-19 crisis, ASX saw volumes spike with additional trades in early March eclipsing previous records by approximately 3.5 million trades, compared to historical bursts of less than 0.5 million trades.

ASX said the increase has reset industry and regulator expectations about the possibility of further increases in daily trading records. The need for the replacement system to scale to much higher processing levels and sooner is now a day one requirement.

ASX was the first exchange operator to commit to using DLT to replace its post-trade systems in 2016, but the project has been delayed on multiple occasions.

“The functional scope, capacity, scalability and testing of the CHESS replacement system now being developed is greater,” added Stevens. “It captures the increased requirements of ASX and the industry and lowers the risk in delivering them. It is also consistent with ASX addressing the expectations of the regulatory agencies that CHESS be replaced as soon as it can be achieved safely and that the new system meets the market’s needs.

“However, replacing CHESS is an important and innovative project, with significant long-term benefits for Australia’s financial market users. It is ASX’s responsibility to deliver it in a safe and timely manner, and to consider the feedback from all our stakeholders.”