“The central assumption that firms cannot rely on LIBOR being published after the end of 2021 has not changed and should remain the target date for all firms to meet.”
– Financial Conduct Authority, Impact of the coronavirus on firms’ Libor transition plans 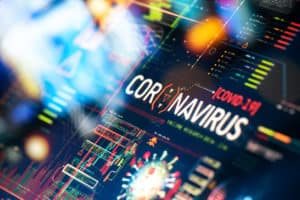 Considering the fluid state of Covid-19 and changing practices for business as usual (BAU) in general, it is still likely the LIBOR transition deadlines will be delayed.

Regulators will still push for a transition to the risk-free rates (RFRs) by the end of 2021 – but banks and other institutions will argue that resources cannot be directed to address the LIBOR transition – with markets in freefall, they are more urgently required elsewhere.

However, if you scratch beneath the surface, there will be a delay because a) no-one is wholly clear how RFRs are supposed to work now and b) the financial system as we know it seems set to go through a period of radical change.

Firstly, let’s look at the economics of an economy (and how this feed into LIBOR). PMI data is not good – the economy is contracting much faster than it did post-Lehman, from 53.0 down to 37.1. Anything lower than 50 is a ‘contraction’. At the moment, it does not look like anything or anyone can push the needle the other way. The US and UK have both gone for unlimited Quantitative Easing (QE) and at the time of writing it is not working. It is not beyond the realm of possibility that we will see the markets close.

QE results in interest rates being slashed and money being printed to encourage spending… but the latter is not happening. If you combine this with how quickly the virus is spreading, and measures such as the widespread shutdown of schools and social distancing, banks are facing a very bleak situation where non-performing loans rise drastically and profits decline steeply. Everything points to the worst recession we will have seen in a very long time.

Secondly, no one is talking about the impact of slashed interest rates on passive funds and those industry players who are heavily tied up in LIBOR/IBOR-linked markets. To say LIBOR is tanking is no exaggeration. These tumbling interest rates are destroying the collateralised loan obligation (CLO) market. Three-month LIBOR tenors now sit at below 1% -this becomes a serious problem when the majority of CLO tranches do not have any floor thresholds. In other words, if spread rates fall below zero, debt holders would actually owe money to their issuers, and the industry cannot handle a reversal in cash flow.

Last month the Bank of England said it was going to increase the gap between collateral and the amount it would lend against LIBOR-embedded securities. This is simply not going to happen. 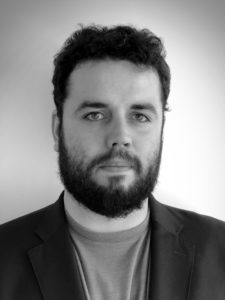 Thirdly – and I would argue most importantly – there is absolutely no reference by anyone, anywhere as to what the blow-up of risk parity means for the industry and LIBOR: the mother of all credit crunches. This massive forced liquidation of risk parity is not something to be taken lightly. In light of Volker Rules, now that volatility is up buy-side firms will have to cut risk limits drastically. Theoretically, those cuts could be as high as 80% or 90%.

The simple maths is that if you hold a 200m USD/GBP position limit, and you cut by 80%, your new limit is 12m. If you then factor in the need to hedge your counterparty risk against corporate borrowers, you are left with no liquidity.

The industry is currently jacking up lending rates to counterparties from LIBOR by 35bps to 90 bps, yet this is the benchmark that is supposed to continue to be used to generate liquidity. Moreover, if you look at how this funding stress is manifesting itself, banks can’t provide the required repurchase agreements (repos) because of regulation. The banks don’t need the cash and don’t want to lend to counterparties. And therein lies your credit crunch.

Covid-19 exacerbates the situation and liquidity is going to dry up further because of the stipulation within Series 24 of Financial Industry Regulatory Authority rules, namely that “a trader cannot make markets from home”. It is illegal. This is why everyone is currently being sent home except for the traders. But traders are now falling ill. They will have to go home, and as more are forced to do the same (or decide to do so), the lower liquidity falls. No one is left to make markets.

So, LIBOR is not going anywhere soon. Helicopter money has entered the equation in the US, UK, France and elsewhere as governments scrabble to stabilise economies and risk parity has blown up in nuclear fashion – yet everywhere you look, LIBOR is still being used to determine costs of borrowing. A grace period now looks advisable to allow the dust to settle on this current crisis.