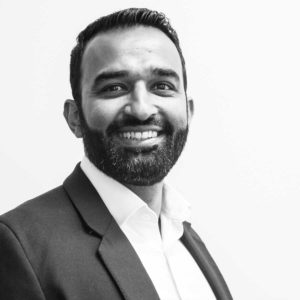 In order to know where the bond market is headed, it’s helpful to review its evolution to date. The transfer of ownership of bonds was once a purely physical experience, with an actual certificate passing from one person to another. The first real enhancement to this process was the electronification of large parts of the bond markets over the past 40 years.

The DTCC and the international central securities depositories, Euroclear and Clearstream, led the way, with bonds represented as database entries which were significantly easier to locate, keep secure and settle efficiently.  More recently, secondary trading of parts of fixed income markets started to happen on over the counter (OTC) electronic platforms, though phone trading and IDBs remain important in some areas, and fixed income liquidity beyond government bonds is a mixed picture.

This is where we are today, but the next step is already in progress. Bonds today are represented in databases but the bonds themselves aren’t smart – and by this we mean they don’t do things for themselves. Each entity – an ICSD, a global custodian, an issuer, an underwriter, an investor – has its own representation of a bond security described by its datasets. The bonds are still finite internal data representations of instruments paired with entries in databases representing ownership.

This will soon be archaic as the ability to create smart programmable securities where transfer is done seamlessly across blockchain and digital ledgers becomes the standard. Smart contracts will be used by the fixed income industry to automate large parts of the lifecycle of securities and bonds, such as new issue closing, interest payments and corporate actions. Other tasks will be ‘semi-automated’, in that they will require some human intervention but significantly less than is needed today. These might include callable or puttable bonds and restructurings. We also expect bespoke structuring of securities, which enable borrowers and lenders to programme cashflows based on their exact needs, rather than achieving these outcomes through swaps or other derivatives.  Combined with a completely digitised workflow, smart contracts can bring a truly game changing efficiency to managing the lifecycle of a bond, with increased opportunities for collaboration and better documentation.

Here are three advances we are going to see in the next step of creating and managing the lifecycle of fixed income securities:

Natural language code: Representing the terms and conditions of a bond in natural, human language that can be easily read by a person and executed as a computer programme is currently a rather tedious manual task. Technology can help eliminate the need for this reconciliation work of “prose vs. code”, through a series of rules that can turn natural language terms into machine-readable contracts. Put a different way, smart contracts will be able to generate human-readable contracts – allowing for legal agreements between parties to automatically trigger appropriate actions on the blockchain.

Regulation that can adapt to seize the opportunity: Transfer of ownership in the securities market is an inherently regulated activity. Just because this transfer will happen on blockchain, the regulatory burden will continue. This isn’t the case in cryptocurrencies, which is one reason why the development of smart contracts in fixed income has lagged other areas. We’re talking about programmable securities that comply with existing rules and regulations of bond markets, such as Swiss and German regulation that allows for trading securities on the blockchain. This is where the value starts to accrue. It’s not just a programmable token, but one that complies with rules and regulations. Just programming a token to mimic a bond isn’t good enough – the expectation will be a feature set never seen (or possible) before in the market.

Interoperability: Interoperability is a buzzword and rightly so. The success of digital securities as a whole depends on the ability of the entire ecosystem to communicate. What must be avoided is closed networks where data and information cannot easily be transmitted. The blockchain industry, both legacy financial institutions and start-ups are already working together on this concept and we welcome this. There is a strong case to be made for an industry-wide standard to be set so that different types of smart contracts written in different computer languages can interoperate. These standards will need to apply specifically to the bespoke market needs of the fixed income industry – as there are particular compliance, regulatory and client requirements needed for any system to be widely adopted.

What’s ahead – the next steps in the evolution

When we talk about smart contracts in fixed income, this is not a future that is years or decades away – it has already been implemented. The smart contract future is led by individual firms leveraging smart contracts to become more efficient internally – around lifecycle management.  But inter-firm transactions need a critical mass of adoption to work, and that is dependent on interoperability.   We will soon begin entering a new phase, where smart contracts and DLTs are interoperable for synchronised communications. Then the final phase will be addressing ownership transfer – bringing all of the different pillars of value that need to be delivered for the wholesale uptake of this technology in the market.