The TRADE > News > Asset Classes > Equities > Equity volatility: To hedge or not to hedge? 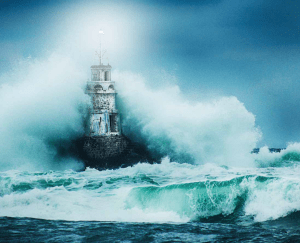 After a freakishly calm year with volatility levels tethered to record depths the VIX, the de facto gauge for volatility, exploded on 2 February as the market was jolted by a surprisingly high US inflation number and investors rushed to hedge positions in the options markets as a result.

A record 4.3 million VIX options contracts changed hands at the Chicago Board Options Exchange (Cboe) that day, trouncing the previous record of 3.1 million set last December. That trend continued throughout the month of February, which saw the largest and most dramatic increase in options volumes, surpassing all previous monthly records.

The message is clear: volatility is back. The current year marks the start of a new regime and risk—the kind that hurts—has become the key word for institutional investors.

“The volatility regime in which we used to live is behind us,” says Franz Wenzel, institutional solutions strategist at Axa Investment Managers. “Volatility is back in the 14% to 15% range and it won’t go away. The idea is straightforward – we expect no more multiple expansion.”

While stocks have revived to a certain extent, investors continue to pore over the implications of the sell-off. Many analysts believe that sharp equity drops may grow in frequency while returns will be muted in the latter part of the year. For equity investors the overriding question is, therefore, how to hedge yourself?

The most apparent tool for buy-siders with short- and medium-term hedging concerns are equity options. Having seen its records shattered throughout February, the Cboe is expecting continued growth of its S&P options contracts, with chairman Ed Tilly remarking how well VIX products had protected investors in hedging their portfolios.

But the clamour to buy options—on the VIX and equity indices—has pushed up the price of option contracts both in the US and Europe. Euro Stoxx June at-the-money puts options around 4% at the beginning of March. For a year the price reached almost 12%, double the figure of last year. Options are useful to hedge short-term gap risk where prices might move dramatically overnight, however the high cost of protection is making this a somewhat prohibitive task right now.

“It is a question of what kind of risk management you do,” says Wolfgang Mader, co-head of risklab, part of Allianz Global Investors (AGI). “Some clients need to use option hedges because they need hard risk management. But we all know this is expensive. Even if volatility is not high you still need to roll-over positions, which is a costly exercise.”

Given the high costs, investors have been looking at selling long-dated calls to fund their put options purchases. This has been a particularly popular trade in the UK. But it comes with its own downside.

“The main problem is that you are giving up upside return potential by selling the call option,” says Mader. “Say you have return expectations of between 4% and 6%, you will be giving up 2% in expected return by implementing such a collar strategy.”

So what are the alternatives? In February, a research note by Morgan Stanley posted a list of hedging assets which had performed well in February’s sell-off. Currency diversification as a hedge against equity risk comes out near the top of the pile; the bank posited the Japanese yen and Swiss franc as both cheap and well performing in a rerun of the February sell-off. Currencies are something that many buy-siders are more generally looking at right now.

“We prefer to use currencies,” says Wenzel. “The yen and Swiss franc are liquid and shown to be negatively correlated to crises. We did some yen and Swiss franc purchases in March. It can be done intraday. It is costly for the long-term as it requires monitoring, but it’s good for the short-term.”

Investing in currencies like the yen may also be more palatable given that the implied volatility—and therefore cost— on these currencies is much lower than on stock options, making these a potentially affordable hedge for any future corrections. The yen, for example, strengthened by 2-3% while stocks markets declined by 6-8% in the early February sell-off as investors were drawn to its safe-haven status, backed as it is by Japan’s current account surplus.

The dollar is also seen as a useful hedge moving inversely to equities in times of stress. AGI’s Mader believes that as an overall and permanent portfolio component the dollar can indeed be a useful diversifier to equities—though less useful as a short-term hedging tool.

“What we are advising is that you shouldn’t look at currencies like the dollar as a hedge because you can’t be sure this works as a risk management tool—in the Bernanke tapering episode markets went down and so did the dollar. You should think of the dollar as a strategic investment. It helps optimise risk—not just for hedging but as a diversification tool in the overall allocation,” says Mader.

Gold has long been the traditional safe haven asset for investors in times of crisis, however Morgan Stanley’s report showed gold to be one of the poorer performers in the last sell-off. Indeed, the precious metal tends to be more of a hedge when all assets are crashing—a crisis backstop rather than volatility protector.

“Gold is something that our family office clients hold—it can be up to 5%,” says Mader. “But the idea here is not hedging but rather holding an asset of last recourse. You can also hold the Swiss franc for this, or Canadian and Singapore dollar. It’s to protect against bigger meltdowns. These assets are for emergencies.”

Morgan Stanley also posited oil as a potential diversifier away from US equities, as its relative cost remains low compared to other assets, although others disagree about the viability of oil as a hedging tool.

“We came across it but usually in declining prices it will also trigger issues for the portfolio,” says Mader. “Oil has a knock-on; firstly on emerging markets and then you’ll see impact on non-emerging, potentially with a different sign attached. Again, it’s not a hedge because it would be a bet on correlations.”

While hedging is no doubt a concern for buy-siders, rushing into diversified assets is not the correct approach, say analysts. In reality, the February sell-off was somewhat exaggerated by the involvement of VIX-linked exchange-traded funds selling down equity positions, exacerbating the volatility spike.

Wenzel says that gauging market volatility has to be done on a dynamic basis: “February’s sell-off was a result of irrational exuberance. The inflation figure shocked the market. I think some of the irrational exuberance has been washed out, but for the future the tools need to be calibrated. Youdon’t want to sell or hedge at every spike.”

According to John Bilton, head of JP Morgan Asset Management’s global multi-asset strategy, the rise in volatility is normal and has not led to any portfolio de-risking for the investor so far.

“You are looking more at a market going through about of indigestion,” says Bilton. “It is still possible to take equity risk. Over thirty years the FTSE has been in a bear market one-fifth of the time, the rest is bull. When in the bull market it will be correcting or falling 14% of the time. Corrections are a natural part of the equity market.”

Despite the tremors, the global economy remains strong— and, as Wenzel says, the best hedge for equity declines is a positive economy. Investors are hoping this will continue to prove true.