The TRADE > News > Buy-Side > “I just felt the timing was right”: BlackRock shakes up its global trading team 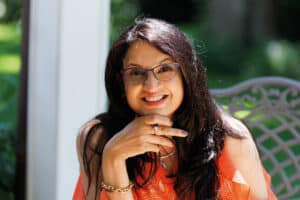 It’s been a big month for the world’s biggest asset manager. BlackRock is shaking up its senior management in the most significant reshuffle the firm has seen in a while, and the times, they are most definitely a’ changing. The TRADE spoke exclusively to global head of trading Supurna VedBrat about the coming transition.

In a recent internal memo, seen by The TRADE, BlackRock CEO Larry Fink and president Rob Kapito announced sweeping changes to the senior management structure that will, in their words, “raise up voices and leaders who will drive BlackRock’s success in the years to come”.

The biggest shift is the creation of a new BlackRock Global Markets Group (BGM), led by former head of human resources Manish Mehta.

The new group will encompass the firm’s global trading division, along with securities lending and liquidity (led by Roland Villacorta); financing and balance sheet/financial resource management (led by Matt Thomas); index fixed income (which will remain part of the firm’s current portfolio management group (PMG) and also be part of BGM, led by Alex Claringbull as head of fixed income and head of LDI, who will report jointly to Rich Kushel and to Mehta); ETF markets and index investments (led by Samara Cohen, EII CIO, who will report jointly to Salim Ramji and to Mehta); and global markets relationship management (led by Peter Leig).

Notably, BlackRock’s current global head of trading, Supurna VedBrat, is to be replaced by longstanding BlackRock stalwarts Dan Veiner and Jatin Vara, who will step in as co-heads of global trading

“Supurna has told us she believes this transition is the right opportunity for Dan Veiner, Jatin Vara and a new generation of trading leaders to take the platform forward.”

“Supurna has told us she believes this transition is the right opportunity for Dan Veiner, Jatin Vara and a new generation of trading leaders to take the platform forward.”

VedBrat, who ran the firm’s global trading function single-handed through Covid and for the past five years – and co-headed it for the prior four years “without much of a break”, first raised the possibility of doing something different with senior management around six months ago, so the idea has been a while in the making. She spoke to The TRADE this week about her departure plans.

“My brain is wired to be the most creative when the markets are shifting. I just felt the timing was right to pass the baton on to the next set of leaders and to start the next chapter of my life,” she revealed.

“My brain is wired to be the most creative when the markets are shifting. I just felt the timing was right to pass the baton.”

“I’ve always had a multi-year succession plan, which I update regularly, so from a talent perspective I have confidence the trading group will continue to be best-in-class. Your team is only ever as good as the talent you train and invest in. Jatin and Dan have been groomed to take on this role: they are more than ready, and I am sure they will do an excellent job.”

Although her departure date has not yet been confirmed, she is excited both by the future she faces, and the legacy she leaves behind.

“When you get fresh blood and new people, then you get new ideas. The transition plan is my plan, and that was important to me – to leave everything in order,” she told the TRADE.

So what next for one of the industry’s most influential figures? For now, the options are open – and endless. In the near-term, VedBrat plans to take some time to recalibrate and reframe her focus to be “more deliberate and with purpose”.

However, a number of future paths are on the horizon: including the possibility of developing a women-focused investment fund covering all dimensions – for example health, education, biotech – anything that would influence a positive outcome for women.

Other options include sitting on the board of public or private companies, and becoming involved with projects and strategies that promote the growth of the Indian capital markets over the next decade.

She leaves behind her a trading team that will surely feel her loss. In a separate internal memo released by Rob Kapito and seen by The TRADE, he said: “We’ll remember her not only for preparing a new generation of leaders but for developing talent that has seeded other teams in our firm.

“We also will remember her commitment to innovation and her deep understanding of the evolving markets and how it has created a best-in-class global trading organisation for BlackRock.

“Trading is so much more than placing buy or sell orders. Supurna helped us build a better team and a better process.”

“Trading is so much more than placing buy or sell orders. Supurna helped us build a better team and a better process. For all she has done for the firm and its clients, we thank Supurna and wish her our best in whatever comes next.”

For VedBrat herself, the time has come to tidy her desk, pack up her plants, and pass the baton. But the process should be both simple and swift – the result of years of careful preparation.

“I run a pretty clean book, so the changeover should not be too complicated,” she told The TRADE. “I want to make sure the transition is smooth, and it should be completed in the coming weeks.”

It remains to be seen the direction in which the new co-heads will take the firm – but for further insights… watch this space.