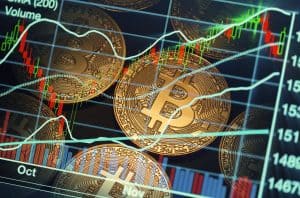 Wash trading – the practice of creating artificially inflated trading volumes –gained traction (and headlines) with the rapid rise of electronic trading in the early 2010s, as algos and electronic trading programs became able to churn trades at unprecedented speeds. But cryptocurrency has opened up a whole new world of opportunity, which is having serious consequences on price transparency.

A report from the National Bureau of Economic Research in the US, published in December 2022, found that illegal wash trading may account for almost three quarters (over 70%) of average trading volumes on unregulated exchanges.

These fabricated volumes, effectively the result of firms (and exchanges) illegally trading with themselves, can amount to trillions of dollars annually. The fraudulent practice can offer a false impression of liquidity, resulting in an improved (but inaccurate) exchange ranking, as well as temporarily distorting prices.

But regulators are cracking down.

“Regulators – particularly in the US and the UK – are now deploying sophisticated market data analytics to identify all forms of market abuse, including wash trading,” said compliance and reporting specialist SteelEye. “Never before have regulators had such technology firepower at their disposal to combat market manipulation.”

Now, the regulators are turning their attention to crypto markets, and prosecutions are on the rise. In March 2021, the CFTC fined Coinbase $6.5 million for “false, misleading or inaccurate reporting and wash trading”, claiming that between 2015 and 2018 the exchange operated two automated trading programs, Hedger and Replicator, which generated orders that at times with one another in certain trading pairs, resulting in trades between accounts owned by Coinbase. This “potentially resulted in a perceived volume and level of liquidity of digital assets, including Bitcoin, that was false, misleading, or inaccurate,” said the CFTC.

“Reporting false, misleading, or inaccurate transaction information undermines the integrity of digital asset pricing,” added acting director of enforcement Vincent McGonagle. “This enforcement action sends the message that the Commission will act to safeguard the integrity and transparency of such information.”