The TRADE > News > Buy-Side > Retail investment: A force for good or evil? 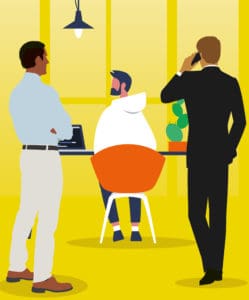 An isolated population lured in by a string of brokers opting to offer 0% commissions has seen retail investment surge during the coronavirus pandemic. The sudden wave of stay-at-home investors eager to profit from increased volatility has, however, raised concerns as to how retail investors coexist and interact with their institutional brothers and sisters in the market.

“I have seen in my 20 years over and over again, when there is an increase in volatility in the markets there is absolutely more trading activity and that is because people like to hop into the market and make short-term profits. When the market is stagnant and moving sideways there is just not as much interest.”

Robinhood, the online brokerage platform offering 0% commission to its users, is now valued at $11 billion. The platform that promotes itself as a tool for ‘democratising finance’ by reducing market access costs boasted three million new users in the first quarter of this year alone, taking its total customer base to 13 million.

Chief executive officer of investment bank Peel Hunt, Steven Fine, says speculative stocks in the market are acting as a supplement for the lack of book making activities that are available day-to-day during the pandemic.

“People of a speculative nature have turned to the markets to fulfil their book making needs during lockdown,” says Fine. “You have this bizarre situation where for retail if you are of a speculative nature, there is no horse racing, no football, no casinos, no ability to effectively do any book making at all on any other product whatsoever. But you’ve got this thing called the stock market.

“Retail flows have grown enormously. You’ve only got to look at the Hargreaves Lansdown numbers which show the number of accounts opened by individuals under the age of 35 was a new record,” adds Fine.

In the US alone, retail sales jumped 17.7% in May from the previous month, more than a 50% increase on the forecasted 8%. In July, it was speculated that retail investors represented 25% of the market, up a significant 150% compared to figures from 2019.

“We can only access [retail trading flows] via a few select brokers,” the trader says. “That’s the only way we can get into those sorts of flows. So, when you do see something in Lloyds where on certain days 40-50% of trades is through retail networks, the only way we get to interact with that is either when the market maker is making those prices unwind into the market or if we have certain access into those brokers.

“What you can end up with if you don’t have that access is a lot of volume going on that we on the institutional side just can’t interact with. That brings a different element to trading. You have to be very aware of those types of stocks and manage that accordingly.”

Retail volumes tend to have a greater turnover in the morning, meaning that institutions are forced to adapt their trading patterns to keep up with the market and this trend. The trader adds his trading desk were not as active in the morning due to the volatility in prices earlier on in the day. As retail orders usually hit the market a round 9am, buy-side traders have to change how they trade, and at which time.

“We have to be more careful because there is wider spreads and more volatility. It’s important to be more aware of the prices you are trading at, as opposed to later in the day when there is a lot more turnover in the stocks and prices are more stable. If you’re trading against that then that’s fine, but if you’re trading the same way then that causes problems obviously if the stocks being ramped up in your face.”

The buy-side trader believes that retail investors give a false view of the market, particularly in the US. “Although the markets were slightly up that was a result of five big stocks and the rest of the market was actually quite weak.”

This, they add, has “forced institutional investors to get into those stocks when they wouldn’t necessarily have been involved in them. I think some of them feel they have to be involved in it to not lose performance.” 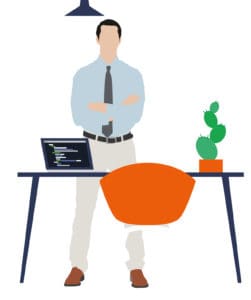 Peel Hunt’s CEO, Steven Fine, counters that retail investors are a vital part of the market’s ecosystem and the price formation process. “It is a good impact. Without question.

Retail flow is helpful for institutional investors. It enables them to transact within the spread more easily. It is an additional pool of capital that they otherwise wouldn’t be able to tap into.

“We’ve developed proprietary tools to allow institutions to tap into retail flow quite easily at the middle of the spread, which seems to work very nicely with limited slippage and low transaction costs,” adds Fine.

Interactive Brokers’ Sanders continues that the surge in involvement from retail investors shows an ongoing evolution in the market that might not favour institutions.

Often labelled ‘dumb money’, retail investors with an untrained eye can slip into a pattern of viewing the market as one-way, driving up the price of certain stocks and causing unexpected fluctuations.

Evidence of this became apparent when shares in car hire company Hertz surged 800% despite the company filing for bankruptcy in May. The company is in $18 billion of debt, but despite this, interest in shares in the company has skyrocketed.

The surge in retail investment has prompted warnings from both the European Securities and Markets Authority and the UK’s Financial Conduct Authority to firms with retail clients. They warned retail brokers that they have a greater responsibility to protect less sophisticated investors during intense market volatility.

“The impact is if individuals take their money away from institutions and manage it themselves,” Fine concludes. “If you have your money with an asset manager but decide actually you don’t want it there anymore and you want to put it in your own pension fund, which you administer yourself, that is a change. If everybody does the same thing, that’s where the institutional changes come.

“However, whilst there is an interest in markets when stocks are volatile, I still think there is an element of ‘I’m not sure what I’m doing here I’d rather let a professional money manager deal with it’.”