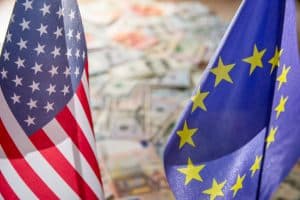 Europe should learn lessons from the US when creating an EU consolidated tape, a study undertaken on behalf of the European Commission has concluded.

Market Structure Partners, which conducted the report, recommended the Commission moves ahead with forming a post-trade EU tape for equity and debt markets with legislative changes to require the data to be consolidated in law.

Surveying tapes already in operation in the US and Canada, the study considered that the increased complexity of European markets means the US model is not suitable for the proposed EU tape, but similar characteristics are desirable.

To maintain optimum data quality and standards, the EU-backed study added that Europe should allow a self-regulated entity to take responsibility for the tape, similar to the Financial Industry Regulatory Authority (FINRA) that operates in the US.

The report continued that the US experience had also demonstrated the importance of having revenue allocation models based on the value of the contribution of data in facilitating the consolidation and use of the tape.

It noted the US securities regulator’s recent move to overhaul governance of the tape and the need to ensure more pre-trade data is accessible via the tape to reduce the impact of high-speed trading.

The development in the US earlier this year marked the culmination of intense debate among market participants, many of whom have warned that exchanges have an unfair monopoly on the US tape. They have also argued the data is grossly overpriced considering the supposed low-cost of production.

Niki Beattie, CEO of Market Structure Partners and author of the report, stated in a release that the study had demonstrated there is a clear need for a European consolidated tape and that it is unrealistic a tape will be established under the current market legislation.

“If the current impediments to consolidation are not resolved then trying to consolidate data is a waste of time and it is not surprising that no consolidated tape provider has come forward,” Beattie said.

Efforts to develop a consolidated tape in Europe have been impeded due to concerns around the high costs of developing a tape in a restrictive regulatory environment and a lack of clear commercial benefits.

“It’s scary to hear the stories of so many market participants struggling without good data. Asset managers who manage trillions of euros of assets on behalf of investors say they have sub-optimal data with which to do their jobs, risk managers of even the largest firms speak of the difficulty of monitoring the markets without consolidated data and regulators struggle to compile data sets to undertake basic regulatory calculations and perform the required oversight,” Beattie concluded.