The TRADE > News > Regulation > To PFOF or not to PFOF? Europe vs the US 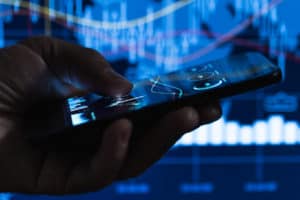 Regulators in the US and Europe have continued to assess the practice of payment for order flow (PFOF) throughout the course of this year following canvassing from participants who suggest the contentious process harms best execution.

On both sides of the channel, it was presumed that following the ongoing discussions being held across the globe, the practice was set to have some form of limitation or ban put onto it.

However, news this week suggests regulators in the US have come down on the side of those firms that champion the practice of paying a fee in exchange for brokers to channel their retail flow to them instead of to other firms or to trading venues.

First reported in Bloomberg, sources with knowledge of the matter have suggested that the US Securities and Exchanges Commission (SEC) is no longer planning to implement a ban on PFOF following months of deliberation. The SEC’s final stance is expected to be published in the coming months.

Bloomberg’s sources reported that changes to the regime that make it less profitable were still on the table. Included in these, were the SEC moving to lower access fees charged to brokers by exchanges in a bid to encourage more volumes onto them, increased transparency around brokers disclosing how much trading with them costs and changes around the rebate system.

Among other changes put forward by the SEC and chair Gary Gensler in a recent proposal  to level the retail playing field are changes to tick sizes and a potential auction system for order-by-order competition.

“Gensler is favouring a scorched earth approach to make PFOF less profitable instead of an outright ban,” said one source familiar with the matter. “However, he has not taken account of the collateral damage this approach will have. An auction system for example would remove the requirement for a wholesaler to fill every order.”

Gensler set his sights on PFOF last year, calling for recommendations on how the SEC could mitigate conflicts with respect to the practice and rebates. PFOF has proved a contentious topic for many who claim that it encourages brokers to channel their flow to the market maker with the highest bid as opposed to the one with the best execution.

However, those in support of PFOF attribute commission free trading to the practice. It should also be noted that brokers that do charge PFOF set a flat rate that is charged consistently across wholesalers and market makers argue this supports merit-based allocation, according to 606 disclosures. An academic paper published in August by the University of California concluded that PFOF has no apparent impact on price discovery.

Key players to dominate this space include Citadel Securities which forked out $2.6 billion for PFOF in 2020 and 2021, and Susquehanna (G1X global execution brokers), which spent a $1.5 billion and Virtu which spent $654 million in the same period, according to 606 reports.

A similar debate around a potential ban on PFOF has been taking place in Europe, however, regulators on this side of the pond look more likely to be taking a more restrictive stance. Suggested in a Capital Markets Union (CMU) update in November, regulators announced their proposed intentions to prohibit payment for order flow for “high-frequency traders organised as SIs”. Under the proposed changes, venues would instead have to earn retail order flow by publishing competitive pre-trade quotes.

This stance was re-affirmed in July when European regulators confirmed in their latest draft report for Mifid II amendments that they were planning to move ahead with a ban despite rumours they could be changing their tune.

According to author of the report, senior EU lawmaker and Polish MEP Danuta Hübner’s concerns over PFOF were symptomatic of a wider problem across the EU of regulators interpreting rules differently and that “the rapporteur maintains the initial proposal” from the European Commission to ban the practice.

The culprit for the diverging approaches is likely to be transparency. With no consolidated tape to be implemented yet in the fragmented European markets, retail investors have no ability to compare prices or fils like the system available to those trading in the US.

“The reality of today’s highly competitive, regulated and global environment means financial institutions must handle most of their order volume automatically, while still having the ability to work larger orders with care where required. At the same time, they also need to be continuously refining their market making approach to reflect technical advancements across both Europe and the US.”