The TRADE > News > Buy-Side > Yann Couellan: The path of the curious 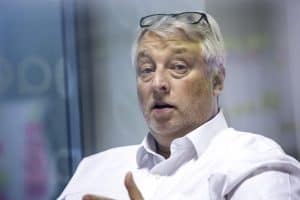 Yann Couellan’s day starts early. He sets off from his home in a village near Versailles to the south of Paris at around 6.30 am, arriving between 7 and 7.30 at the headquarters of BNP Paribas Asset Management, on rue Bergère, near the Grands Boulevards metro station.

His office sits inside a 19th Century building that boasts a stunning facade and an imposing reception hall. Designed by Edouard Jules Corroyer and completed in 1881, it served as the headquarters of Comptoir National d’Escompte de Paris, one of the forerunners of BNP Paribas.

14 rue Bergère, which was entirely restored between 2007 and 2009, houses more than 1,700 BNP Paribas Asset Management employees today. The first thing the firm’s head of FICC trading does is to check market information for an overview of global movements, the US close and Asia overnight. His traders are responsible for looking after the liquidity of fund manager clients, to secure the best execution possible for them. “We are their eyes and ears” in the market, Couellan explains.

A native Parisian, Couellan started his financial career in 1992 when he joined the French broker Maison Roussin. He spent three years as a broker at Cantor Fitzgerald, followed by four years at IXIS Asset Management as a fixed income trader. Couellan joined AXA Investment Management in 2004 as a senior trader of fixed income and OTC derivatives, rising to become head of Fixed Income, Money Market & Repo Trading France. He is still new enough to BNP Paribas to bring a fresh perspective, having joined the business in October last year.

Couellan used to trade himself, but is now a manager of 16 traders, with responsibility for internal controls. He enjoys using analytics to come up with new ideas, and challenging trader perceptions of the market to improve their trades.

“It is crucial to understand where the liquidity is going,” he says, pointing out that unknowable market inflows ensure that every day is different and unpredictable. “Traders need to be curious, proactive. We need to explore every day.”

During his time at AXA IM, Couellan was responsible for fixed income execution for all of the firm’s fund managers and oversaw activity on the fixed income and over-the-counter derivatives trading desks. From 2016 he was involved in the development of a suite of trading tools for fixed income: two years later, AXA launched its market data axis tool for internal use by traders and fund managers, which addressed liquidity and price discovery challenges.

The application enabled traders to identify banks with a firm interest on a specific bond to reduce market impact – finding the other side for a given order. 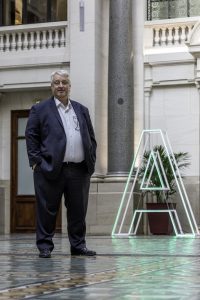 Having spent more than a decade at AXA, Couellan joined BNP Paribas because of the greater opportunities to trade in new and different ways, the chance to meet new people – in short, because of his curiosity for a new challenge: BNP Paribas Asset Management offered a strategy and the resources to grow.

The month after he joined, BNP Paribas partnered with market maker GTS in an effort to provide clients with improved pricing in US Treasuries using GTS trading tools. The accord was part of a trend for banks that used to rely on in-house systems to partner with technology specialists in fixed income trading, as the costs of reshaping legacy architecture for increasingly electronic markets became prohibitive.

The introduction of MiFID II in January this year is reflective of this process, as well as acting as an accelerant. The chief objective of the regulation is to increase transparency within the markets, create more structured marketplaces, lower the cost of market data, improve execution and ensure that trading costs are provided in a more explicit manner.

One of the biggest impacts of MiFID II has been the separation of research costs from execution fees. Previously, bank strategists and economists were able to freely interact with clients without any recognition of cost but now, under the new regulations, research can no longer be offered for free as part of a package of services. Even free trial periods for research have been ruled out.

This means that execution must stand or fall alone, creating pressure for continuous improvement, but it’s a challenge that Couellan eagerly accepts. There is now “clearly a need to demonstrate added value” which involves “changing the habits and skills of traders”. Part of the solution, he says, is to seek “mutual approaches, rather than being fragmented”.

Yet none of this, in Couellan’s eyes, will fundamentally change the nature of trading, where technology and human judgement will continue to be required to work in tandem. A key concern for Couellan is the “aggregation of data – getting ever more information into one place ever more quickly”. Human trading and automation are both essential aspects of this. When liquidity dries up, however, electronic systems become less helpful, and the human touch comes to the fore.

“Electronic trading platforms do not really create liquidity,” he argues. He gives the Italian crisis as a recent example. An atypical market meant that “prices were suddenly not available, and automated orders were rejected. Liquidity ultimately depends on your treatment of the market – treat it fairly and you will have liquidity. We need technology, but voice trading will remain essential.” 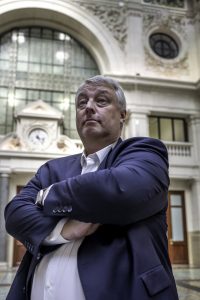 FICC trading has been facing a difficult time at BNP Paribas this year, with second-quarter revenues declining 17.4% in the second quarter versus the previous year. The bank cited weak rates business in Europe and unfavourable market contexts in foreign exchange and credit, but it was by no means alone: Seven of the 13 banks sampled by S&P Global Market Intelligence reported lower FICC revenues in the second quarter.

Still, BNP Paribas was ranked number one for all bond issues in euros in the first half, and number eight for all international bonds. Couellan wouldn’t be drawn on market outlook issues. The bank, however, takes a sanguine view of the emerging markets crisis that has hit Turkey and Argentina, implying that volatility, the lifeblood of FICC, may not be set for a dramatic rebound any time soon.

BNP Paribas does not expect a prolonged period of contagion for emerging markets; indeed, given the value on offer a “compelling buying opportunity” exists for emerging fixed income assets. The relative lack of volatility that has hampered FICC trading in recent years may be with us for some time to come then.

FICC, in fact, has not been a growth industry for a long time. Following the financial crisis of 2008, many banks scaled back FICC desks due to tighter regulation, higher operating costs, and a shrinking revenue pool. In its 2018 Banking Industry Outlook, Deloitte predicts that global FICC revenues this year will be broadly stable. But the medium-term future for FICC may be brighter. Deloitte argues that front-office technology innovation, especially cognitive automation, has the potential to bring efficiencies.

“Once monetary policy tightens across global markets and volatility returns—there is no empirical reason for it to remain as low as it has been— we think that banks that build the right capabilities and make the strategic choice to ride out near-term pressures . . . to stay with the FICC business could see big pay-offs,” Deloitte says.

Couellan defines his SMPC role as the quest to collaborate with the sell-side to find ways to make the buy-side more efficient. He gets a kick from trying to understand the psychology of his traders and of fund managers. He wants his traders to be “proactive on behalf of the clients”. They are encouraged to suggest ideas and timing strategies for a more efficient trading approaches, with Couellan challenging them to review their trades, even the ones that went well, from different angles. “How could it have been done better?”

The profession has changed greatly since Couellan started out in the early 1990s. Electronic trading was still a recent innovation then, with the open outcry trading system having been replaced in Paris in 1986. Couellan’s career has coincided with the birth and growth to maturity of electronic trading systems and his enthusiasm remains undimmed. He would advise young people starting their careers to consider trading if they are curious and motivated – and recently gave such advice personally.

More quantitative skills are needed now than in the past, he argues, and that there is a greater need for traders to “play with data”. Ever-advancing automation means that trading won’t be the easiest career choice, but “human contact will remain one of the most important things”. The increasing levels of automation, and in turn, introduction of robots, sometimes make people afraid, but the challenge is to use automation to do things differently: “There are always new ways to be found.”

Outside of work, Couellan enjoys playing golf and has a passion for vintage cars and historical racing events such as Goodwood Revival or Le Mans classic. He says he could do without the masses of emails he has to manage and preparing PowerPoint presentations is a taste that he has yet to acquire.

The sense, though, is of a man who is here because he wants to be. He enjoys trying to make sense of a dynamic market. “I like people who like their jobs,” he says. Four of his traders are women, plus an intern: One of them is head of money markets, and another the head of convertible bond trading. Gender balance is needed, Couellan agrees, but the success of a trader, he believes, is ultimately determined by their level of individual curiosity and commitment.

That word again: curiosity. It has been the thing that has sustained Couellan through his long career. Einstein tells us that curiosity has its own reason for existing, and that the most important thing is not to let it go.