The TRADE > News > Regulation > Beyond MiFID II: LSEG focusing on the future 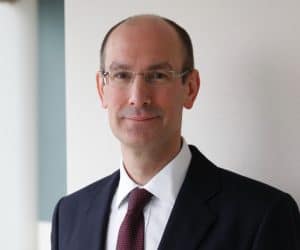 “In terms of trading, 2018 will be a period of adjustment and experimentation,” says LSEG’s global head of equity products, Brian Schwieger, referencing the sweeping changes the markets are adapting to under the new MiFID II rules.

Like most in the industry, Schwieger says that life in the new trading landscape has proceeded relatively smoothly, with some issues around reference data in particular having largely been addressed since the new regulation came into force on 3 January.

While data concerning how much order flow is being transferred into systematic internalisers (SI) won’t be fully available for some time, the host of new venues and functionalities that have come to market specifically for MiFID II are already making their presence known, especially for large-in-scale (LIS) trading.

“In January, we saw a seven-fold increase in volumes executed using London Stock Exchange’s hidden-midpoint order compared with the average across the previous quarter,” he says. “On larger volume days we see upwards of €50m trading above LIS using this order type, which can be compared to the ADVT in UK names on well-known electronic platforms.”

London Stock Exchange’s hidden-midpoint order is a LIS undisplayed order type that pegs the midpoint of the order to the primary best bid. LSEG saw a significant increase in the number of brokers coding to this functionality throughout the last few weeks of 2017, which has contributed to the volumes LSEG is already seeing this year. Schwieger says that the group expects accessing larger blocks of liquidity to be a key theme throughout 2018, but does warn that markets can always change, especially when coming to terms with new regulations.

“When reviewing current trends in trading and execution, it is important to remember that we have experienced a prolonged period of relatively low market volatility,” he says. “Should that change and volatility increase, history suggests that trading preference and styles might also change.”

Its little secret that costs will be one of the biggest challenges for LSEG’s members under MiFID II; the loss of broker crossing networks alongside increased reporting obligations means brokers will be more focused on costs and the prioritisation of resources for the development of new trading services.

Schwieger says the group recognised this problem early on during the run up to MiFID II and moved to design functionalities, such as the hidden mid-point order, intraday auctions and Close Price Crossing (CPX) to have minimal coding requirements for its members.

LSEG also spent time last year focusing on issuers on the exchange by building out new services designed to provide better understand trading in their securities and the wider market, and those efforts have continued into 2018.

“We are working on a range of improved tools and reports for our trading members,” says Schwieger. “This includes a new member portal, which we have already released, that gives our members greater control and clarity over a range of parameters which are so important in today’s electronic trading environment.”

While equities remain a key focus for London Stock Exchange, Schwieger says the group will continue to grow its listing of other securities such as exchange-traded funds (ETFs), bonds and depository receipts. To do so, the group is working on improved trading functionality and liquidity across the spectrum.

“We are designing new request-for-quote services for both ETFs and equities,” says Schwieger. “Both will operate the same core functions, thereby providing members with greater returns on their resource spending. It will also open the door to new liquidity providers across both asset classes and new ways to manage risks.”

“The depository receipts available on the IOB offer an excellent opportunity not only to extend the potential investor base for an issuer, but helps to extend the period in which a security can be traded and valued across the globe,” he says.