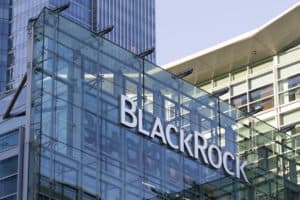 The firm reported an 15% year-on-year decrease in fourth quarter revenue to $4.3 billion, primarily driven by the impact of significantly lower markets, dollar appreciation on average AUM and lower performance fees, but still beating analyst expectations by almost $70 billion. Fourth quarter operating income was down 25%, but the period saw strong long-term net inflows of $146 billion, including $61 billion of active inflows, reflecting a strong end to the year.

“We grew organically at our fastest rate ever in 2021,” pointed out chief financial officer Gardy Shedlin, speaking on the company’s earnings call last week. “And while 2022 was one of the most challenging market environments in over 50 years, clients around the world once again turned to BlackRock for advice and assistance to construct more resilient portfolios.”

The results are seen as largely positive for the asset manager, which has pivoted to diversify across multiple pillars in order to best serve its shareholders.

The firm saw a significant growth in a number of key areas over year, despite its overall decline in revenues. Its private markets business continued to scale, with full year performance fees from illiquid alternatives increasing 42%.

BlackRock’s bond ETFs saw surging demand with $47 billion of net inflows, the second-best quarter in the firm’s history, while over 85 new ETFs were launched globally over the year. Looking ahead, Shedlin expects the bond ETF industry to reach $15 trillion over the next few years, with iShares leading the way.

BlackRock’s institutional business also generated record net inflows of $192 billion in 2022, representing 4% organic assets and 3% organic base fee growth, paced by approximately $170 billion of active net inflows, driven by several significant outsourcing mandates that have over the past two years accounted for over $300 billion.

“In an increasingly complex investment environment, we’re seeing strong demand from clients looking to partner with BlackRock for outsourced solutions and expect this to continue in 2023,” said Fink.

It has not all been plain sailing. The firm underwent a significant restructuring recently, streamlining its senior management and reorganising its divisions. According to its CFO, he expects headcount to remain broadly flat in 2023 as the firm looks to invest in its own strategies rather than in staffing expansion. Nevertheless, it should be noted that even with the recent restructuring, its headcount globally in 2023 is still 6% higher than a year ago, while the firm also plans to continue growing footprint in its iHub Innovation centres globally in the US, EMEA and APAC.

Around a 5-10% increase in expenses for 2023 is also expected, due to the firm’s upcoming move to its new Hudson Yards headquarters in New York, along with continued investment in technology to scale its operations and “support future growth”, along with the annualised impact of migrating Aladdin clients onto the cloud.

On a macro level, Fink warned that inflation continues to be a top concern, despite the recent cooling we saw at the end of 2022 and start of 2023. “Global growth continues to slow,” he said. “I fear that we are entering a period of economic malaise.”

But there are still areas of optimism, one of which is firmly in the fixed income space, with BlackRock doubling down on its 2022 preference for credit over equities.

“We see a lot of tailwinds that, I think, are going to support our growth trajectory into 2023,” explained the firm’s president, Robert (Bobby) Kapito. “The first one is certainly fixed income. Because for the first time in years, insurers and pension funds can actually earn very attractive yields without taking much duration or credit risk. And our $2.5 trillion fixed income platform is strong.”

“High yield and credit is especially well positioned for growth as interest rates stablise in the latter part of the year,” added Shedlin. “Our fixed income teams, both inactive and in passive, are ready.”

While BlackRock has not been immune from the challenges of the past year, it is notable that as one of the few listed asset managers, its results have been met with enthusiasm – while its 2023 objectives are optimistic despite a cautious outlook for growth. “As markets totally recover, we are very confident to say that our revenue growth over the long term should meaningfully outpace our growth in any of these discretionary expense items,” stated Shedlin.

BlackRock has delivered a 7,700% total return for its shareholders since its IPO back in 1999, a result it claims to be the strongest return of any financial services company in the S&P 500 over that period.