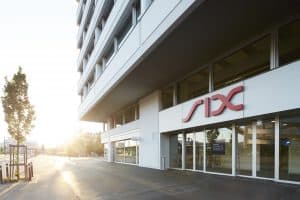 The approval means that SIX Group is a step closer to finalising its acquisition of the Spanish markets operator, but the transaction still needs to be formally approved by the National Securities Market Commission (CNMV), according to a statement from the Spanish Economy Ministry.

SIX Group kick-started proceedings to acquire BME late last year, but was met with competition from rival European exchange group Euronext, which also expressed interest in the Spanish exchange. However, Euronext is yet to make a bid for BME.

“If Spanish supervisory authorities approve the intended all-cash voluntary tender offer by SIX for BME, it would bring economies of scale and efficiency advantages in terms of technology and securities services,” SIX said recently in its 2019 report. “Both would strengthen the international competitive position of SIX as financial market infrastructure operator and further boost its growth strategy.”

SIX Group’s 2019 annual report also stated that the Swiss stock exchange would target further acquisitions in the future as part of its growth strategy, adding that it has sufficient funding to do so.

“As a profit-oriented company, SIX aims not only at completing its task as a financial market infrastructure provider, but also at generating sustainable profit,” SIX Group said. “To continue improving its own efficiency and fulfil its mandate in an increasingly competitive environment in the long run, SIX intends to grow both organically and through acquisitions.”

The Spanish Economy Ministry concluded that upon winning approval from CNMV in Spain, it will be up to the shareholders of BME to approve SIX Group’s acquisition of BME.