The TRADE > News > Sell-Side > The collapse of Archegos Capital Management 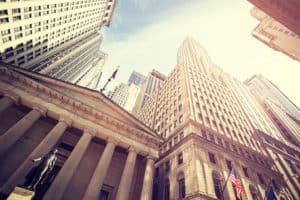 In March, a drop in the share price of US media group Viacom CBS following a stock sale sparked chaos on Wall Street and one of the most dramatic collapses in the finance world. It’s an intense tale of winners and losers featuring several of the largest investment banks including Credit Suisse, Deutsche Bank, Goldman Sachs, Morgan Stanley, MUFG, Nomura, UBS and Wells Fargo that acted as prime brokers for an ill-fated client.

The client in question was Archegos Capital Management, a $10 billion family office founded by renowned New York investor Bill Hwang, which was ultimately  the biggest loser. The investment firm faced off with its prime brokers in late March as they demanded collateral to cover the fund’s exposure on swaps it had purchased on Viacom CBS and other technology stocks. Archegos failed to meet the margin calls, prompting a massive $20 billion fire stock sale as the banks, or at least some of them, rushed to sell off the fund’s positions to make cash so that Archegos could pay what was owed.

The alarm bells began ringing publicly on Monday 29 March when investment banks Credit Suisse and Nomura both declared that the event had significantly impacted their prime brokerage businesses.

By the time the dust settled, Nomura tallied up a weighty 307 billion yen, or $2.87 billion, loss from the event related to the winding down of positions and changes in market prices. Speaking to investors on Nomura’s first earnings call in 2021 shortly after, chief financial officer, Takumi Kitamura, said the Japanese bank had taken a “disciplined approach to exit our positions, taking into account both market impact and minimising losses”.

In Switzerland, Credit Suisse counted an eye watering $5.5 billion total loss following the Archegos default, the largest loss suffered within the prime brokers by far. The fallout forced Credit Suisse to raise $1.9 billion in capital from investors to counter its balance sheet after the Swiss bank was also left reeling from the insolvency of its supply chain funds partner Greensill Capital in November.

“The significant loss in our prime services business relating to the failure of a US-based hedge fund is unacceptable,” Thomas Gottstein, CEO of Credit Suisse, told investors on the bank’s first quarter 2021 earnings call. “In combination with the recent issues around the supply chain finance funds, I recognise that these cases have caused significant concern amongst all of our stakeholders.”

In response to the collapse of Archegos, Credit Suisse made sweeping changes to its leadership which included the immediate departure of Brian Chin, CEO of the investment bank business, and Lara Warner, chief risk and compliance officer. Bonuses were also waived for the executive board for 2020.

Credit Suisse and Nomura were not the only banks to have had prime brokerage relationships with Archegos. Wall Street heavyweights Goldman Sachs and Morgan Stanley, alongside Europe’s UBS and Deutsche Bank, also had close ties with the family office but all four were reportedly much quicker out of the gate in exiting the fund’s positions that fateful week.

As Credit Suisse and Nomura admitted mistakes in their handling of the Archegos saga, Goldman Sachs boasted record average balances in its prime business in the first quarter 2021 as it avoided entanglement amid the fallout. According to reports, Goldman Sachs was the first to offload a huge chunk of its portfolio on 26 March after reaching a deal with Archegos to sell a block of between $3 billion and $4 billion in stocks. The reports added that over the course of the day, Goldman Sachs sold more than $10 billion of shares in stocks linked to Archegos.

“We have robust risk management that governs the amount of financing we provide for these types of portfolios,” said David Solomon, CEO of Goldman Sachs, on the bank’s first quarter 2021 earnings call. “We identified the risk early and took prompt action consistent with the terms of our contract with the client. I am pleased with how the firm handled it.”

Goldman’s US investment banking rival Morgan Stanley was equally as quick off the mark, reportedly offloading $8 billion worth of shares on 26 March. The institution did not escape entirely unscathed, however, after it confirmed the collapse of Archegos led to a $911 million loss, including $644 million from the amount the family office owed Morgan Stanley but failed to pay, and $267 million in trading losses.

Similar to Morgan Stanley, UBS incurred a relatively small loss in comparison to its Swiss counterpart Credit Suisse of $861 million, while MUFG Securities logged trading losses of $270 million after it closed all positions with Archegos.

Deutsche Bank was arguably the biggest winner of the collapse of Archegos. As the German institution posted its best quarter since 2014, it surfaced unharmed from the market event with no major losses. Reports suggested that Deutsche Bank had brokered a $4 billion private deal with buyers including hedge fund Marshall Wace on the same day that Goldman Sachs and Morgan Stanley had sold their positions. After years of major litigation troubles and dwindling profits, Germany’s largest investment bank had emerged somewhat triumphant compared to rivals.

As agreed in 2019, Deutsche Bank is in the process of transferring its prime brokerage and electronic equities business to BNP Paribas under a major deal aimed at restructuring the business. The transfer was still underway when Archegos collapsed, meaning the risk remained with Deutsche Bank. James von Moltke, chief financial officer at Deutsche Bank, said on the bank’s first quarter earnings call that the situation had strengthened the partnership with BNP Paribas as they worked through it collaboratively.

Another winner from the Archegos collapse was Wells Fargo, which confirmed it also had a prime brokerage relationship with the family office but had managed to unwind its exposure without suffering any losses.

While banks linked to the downfall of Archegos have tallied up total combined losses of roughly $10 billion, questions have been raised about prime brokers offering cheap leverage to hedge fund clients. To make big trades, hedge funds typically borrow money from prime brokers, allowing them to leverage the cash they hold and increase their positions – potentially earning far greater returns if their bets come good but also, on occasion, losing more money than they hold in client funds. Nomura, for example, reportedly granted Archegos leverage four times more than a typical long/short equity fund. The bank has since reportedly planned to withdraw from providing cash prime brokerage services in the US and Europe.

Morgan Stanley and other prime brokers involved have started to review their relationships with clients, specifically family offices that have dealings with multiple prime brokerages. The CEO of Morgan Stanley stated that transparency and lack of disclosure related to certain clients is different from hedge fund institutions and scrutiny from regulators on the issue would be “good for the whole industry”.

The multi-billion-dollar fiasco may prove to be a huge wake-up call for the entire industry as the US securities watchdog has since opened a preliminary investigation into Bill Hwang – a convicted insider trader who is banned from trading in Hong Kong – and his leveraged trades that rattled Wall Street.