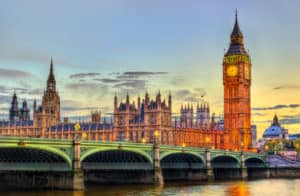 The UK will grant various equivalence rights to the European Union as Chancellor Rishi Sunak pledged certainty and stability to the financial services industry before the Brexit transition period comes to an end.

Sunak and the HM Treasury outlined a set of equivalence decisions for EU and European Economic Area (EEA) member states from 31 December, stating that the UK’s approach to the issue post-Brexit would be technical and outcomes based.

“By taking as many equivalence decisions as we can in the absence of clarity from the EU, we’re doing what’s right for the UK and providing firms with certainty and stability,” Sunak commented.

The equivalence decision covers several key areas including clearing, central securities depositories, benchmark administrators, as well as derivatives and OTC trading. The UK government has not ruled out further equivalence decisions and encouraged open dialogue with the EU.

The development has been welcomed across the industry through various trade groups and associations, as well as the Bank of England and the Financial Conduct Authority (FCA).

“We welcome the certainty provided through the equivalence decisions made today,” said Adam Farkas, CEO of the Association for Financial Markets in Europe. “We hope that further progress is made in the political negotiations and equivalence decisions by the EU and UK in further areas such as trading venues for the purposes of trading in shares and derivatives.”

While the equivalence decision from the UK will provide some clarity for firms, the industry must now wait and see how the European Commission will respond.

Just recently, the UK said it would allow firms to trade on venues based in the EU in what was considered a more holistic approach to the share trading obligation compared to Europe’s complex and stance.

The FCA said upon confirming its approach to the share trading obligation that mutual equivalence between the UK and the EU should be easy to agree and remains the best way of dealing with overlapping rules post-Brexit.

“We support the Chancellor’s approach to equivalence – taking a technical approach instead of a political one,” Chris Cummings, CEO of the Investment Association, commented.

“Today’s announcements will provide UK-based firms a degree of clarity regarding access to critical infrastructure post-Brexit, and all eyes will now be on the Commission to reciprocate in the interest of savers and investors across Europe.”

While Sunak and the HM Treasury laid out ambitions for the UK’s financial services post-Brexit to renew London’s position as a global financial powerhouse, research from EY just last month highlighted the impact of Brexit on the city.

More than 7,500 jobs in financial services have relocated out of the UK due to Brexit with £1.2 trillion in assets from 24 financial firms expected to follow, EY’s financial services Brexit tracker stated. Of those jobs, 400 moved from London in the last quarter alone.

“It is still in all parties’ within Europe or outside’s interests for London to retain its prominent position in the primary and secondary markets,” Chris Hollands, head of European sales and account management at TradingScreen, commented on the UK’s equivalence decision.

“Between now and the end of the transition period, market participants will be looking for an open and detailed framework for EU based firms to continue to operate easily in the City. Only when these intricate nuances are agreed can the City gain a true picture of how global capital markets will function post-Brexit.”