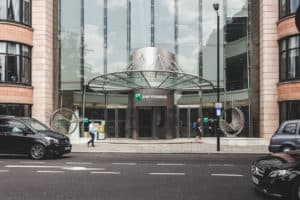 BNP Paribas has appointed a new head of execution services who joins the French investment bank following its major deal with Deutsche Bank.

Fagen has worked at several major institutions throughout his career in various electronic trading and sales positions, including at Lehman Brothers, Morgan Stanley, Barclays and Bats Global Markets, now known as Cboe.

His move to BNP Paribas follows a major deal between the French bank and Germany’s Deutsche Bank. In July last year, BNP Paribas agreed in principle to take on Deutsche Bank’s prime brokerage and electronic equities clients. Both banks then gained regulatory approval for the deal in November, meaning that the deal was unconditional.

The move formed part of a huge restructure at Deutsche Bank, which would include the loss of around 18,000 full time employees, and a targeted reduction in adjusted costs of around €6 billion by 2022. Jean-Laurent Bonnafé, group chief executive at BNP Paribas, said in February that the transition of Deutsche Bank’s clients was moving forward swiftly, with costs associated with the restructure estimated to be around €100 million.

“On the Deutsche Bank transaction, we’re proceeding very swiftly,” Bonnafé said on BNP Paribas’ first quarter 2020 earnings call. “We’re very much in line with the original plan and balances are slightly moving up, so we’re on track.”

BNP Paribas had previously estimated that it will take more than a year to complete the transition of Deutsche Bank’s clients, and it expects to gain around €400 million in additional revenues from the transition once it is completed.