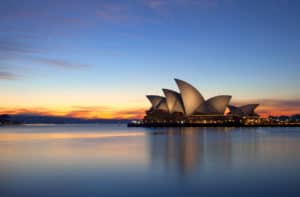 An institutional sales trader at interdealer broker ICAP has joined Quantitative Brokers in a newly created sales position based in Sydney.

Clarke has worked as an institutional sales trader at ICAP for more than four years. Previously in his career, he was a director for futures and OTC clearing at investment bank Citi and head of futures sales at Deutsche Bank, Barclays and Newedge.

His appointment coincides with major expansion plans for Quantitative Brokers as it looks to extend its footprint in Asia following several major launches for the technology firm. Quantitative Brokers first established an office in the region in 2018 following the rollout of its algos on the Australian Securities Exchange derivatives market.

Shortly before Gits took on the role, German exchange group Deutsche Börse completed its acquisition of a majority stake in Quantitative Brokers. The deal aimed to move Deutsche Börse closer to sources of trading interest in the buy-side value chain, while expanding its trading and clearing division’s growth initiatives.